Plus ca change: Boom time for arms dealers in the Middle East 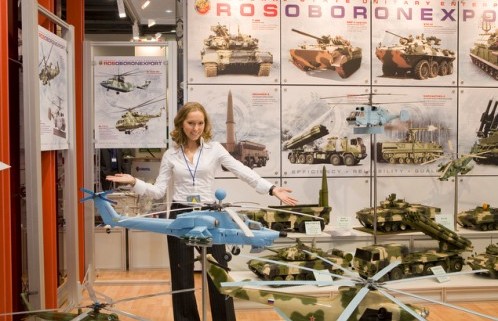 Helicopters from Italy, communication technology from Germany: When the arms embargo against Libya was lifted in 2004, the country’s dictator Moammar Gadhafi went on a shopping spree in the European Union. Now he is using those weapons against his own people — to the EU’s shame… According to an EU report, European Union member states provided the dictator with defense equipment worth €344 million ($474 million) in 2009 alone.

It must be a bit easier to destroy Qaddafi’s military machine, since the ones now destroying it are the ones responsible for creating it. One used to hear the fatalistic mantra: the Lord giveth and the Lord taketh away. It seems that the EU and NATO have replaced the Lord these days. I am not in any way defending Qaddafi, a brutal maniac who has plundered Libya for over four decades. Nor am I convinced one way or the other if the no-fly-in-the ointment strategy will work. But I recall the poignant words of author Jean Makdisi in her brilliant Beirut Fragments (Persea Books, 1990, p. 45):

“I ponder, for the ten thousandth time since this damnable war began, on the happiness of the manufacturers and salesmen of arms and ammunition. Every roar, whistle, and crash translates itself in my mind to the sound of a cash register, the tinkle of champagne glasses, and the hum of conversation at a very expensive restaurant somewhere. The glisten of shrapnel, the smoke billowing out of someone’s ruined home, the rumble of the big guns, are all echoed in my imagination as the glitter of jewelry, the smoke of cigars lazily puffed out of appreciative lips, and the rolling of drums for a hip-swinging, carefree dance. The screams of a terrified, burning child become the laughter of those who reap the gains of this havoc.”