Palestinians Losing Patience With the PA 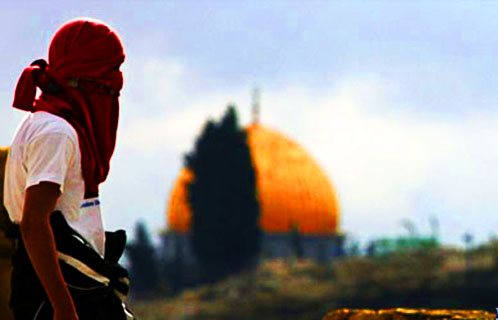 Is the Palestinian Authority finished and, with it, 18 years of the Middle East peace process?

That is the question increasingly being asked by Palestinians in the wake of a week of damaging revelations that Palestinian negotiators secretly made major concessions to Israel in talks on Jerusalem, refugees and borders.

The PA – the Palestinians’ government-in-the-making, led by Mahmoud Abbas – was already in crisis before the disclosure of official Palestinian documents by Al Jazeera television last week.

Now, said George Giacaman, the head of the Ramallah-based research centre Muwatin, which advocates greater Palestinian democracy, the PA’s “back is to the wall”.

The question of the PA’s survival, and the future direction of Palestinian politics, has gained added urgency as the wider Middle East is rocked by unrest, from Egypt to Tunisia and Yemen.

Mahdi Abdul Hadi, the director of the Jerusalem think-tank Passia, said the Palestinians were “at a crossroads”. Although the streets had remained largely quiet until now, he said it was only a matter of time before Palestinians started to make clear their revulsion at their leadership.

“It is now much clearer to Palestinians that they are living in a prison and that the PA leaders are there only to negotiate the terms of our imprisonment,” he said.

He, like many other Palestinian analysts, pronounced the negotiations for a two-state solution over.

That sentiment appears to be shared by a majority of Palestinians. A survey in December, before the leak of 1,600 official documents, by the Palestinian Centre for Policy and Survey Research showed that only 27 per cent of Palestinians believed they would have a state within five years. The figures are likely to be substantially lower now.

In a sign of the mounting panic in Ramallah, Palestinian leaders frantically launched a rearguard action last week. Initially, they claimed the documents were fabricated, and suggested that Al Jazeera was siding with Mr Abbas’s political rivals, the Islamic party Hamas, to bring down the PA.

But several officials have confirmed the papers’ authenticity, and the PA has redirected its main attention to discovering who was behind the leak.

Mr Abdul Hadi said Palestinians would increasingly draw the conclusion that their intended future was living in “one binational state under an apartheid regime” administered by Israel.

“At the moment Abbas has his followers out on the streets but the Palestinian people are awakening to the reality of their situation,” he said.

Samir Awad, a politics professor at Birzeit University, near Ramallah, agreed that Israel was imposing a de facto one-state solution. “The fight for national independence is over and, if it is to survive, the PA must quickly reinvent its role. Palestinians are now in for the long haul: a struggle for their civil and political rights in a single state,” he said.

Asad Ghanem, a politics professor at Haifa University in Israel and an expert on Palestinian politics, warned, however, that, as the PA faltered, Israel and the US would intensify their efforts to strengthen the authority’s security forces and its repressive role.

With politics stifled inside the occupied territories, said Mr Ghanem, it was crucial that outside Palestinian leaders step in to redefine the Palestinian national movement, including Palestinians such as himself who live inside Israel and groups in the diaspora.

Mr Giacaman said the PA had long ago outlived its official purpose.

It was created by the Oslo accords as a temporary administration in the transition to Palestinian statehood, proposed as a five-year period during which Israel was supposed to withdraw from the West Bank and Gaza in stages.

Since the Camp David negotiations ended in deadlock in 2000, the PA has clung to power, with limited control over less than 40 per cent of the West Bank as Israel has continued to build settlements in the area under its rule.

Mr Abbas has threatened on several occasions to dissolve the PA, most recently in December, when he warned: “I cannot accept to remain the president of an authority that doesn’t exist.”

But Mr Giacaman said such threats were hollow, designed to put pressure on Israel to return to negotiations out of fear that it would otherwise have to take on the heavy financial burden of direct military reoccupation.

The PA, however, was in much deeper trouble after the leaking of the documents, Mr Giacaman said. “Without a peace process, it needs to justify its continuing existence.”

The most likely immediate focus, he said, was intensifying international action through the United Nations, by pushing for a resolution at the Security Council against the settlements.

He also thought the PA would consider changing its position and actively championing the Goldstone Report, the findings of a UN commission that suggest Israel committed war crimes during its attack on Gaza in late 2008 and early 2009.

One of the leaked papers revealed that Mr Abbas had agreed under US pressure to shelve the report rather than take it to the UN General Assembly.

“The problem for the PA is that it needs to generate diplomatic crises to get the international community to intervene. But this will put it in confrontation with Israel and the United States. Israel can always threaten to cut the US$60 million (Dh220m) taxes it transfers every month to the PA,” Mr Giacaman said.

The PA’s threat to unilaterally declare statehood and then seek recognition at the UN, he added, would not change the reality on the ground. “Even if most countries recognise the state, it will still be a state under occupation,” Mr Giacaman said.

In the meantime, the diplomatic vacuum was likely to be filled by Israel. It could promote a plan similar to the one being advanced by Avigdor Lieberman, the foreign minister, to recognise a Palestinian state in temporary borders. Or it could continue its separation policies, withdrawing from more of the West Bank and encouraging the Palestinians to take over what was left behind.

Mr Awad said the collapse of the PA held out many dangers for the Palestinians. One was the possibility of a convulsive civil war between the Fatah party of Mr Abbas and Hamas. Another, he said, was the “Aghanistanisation” of the occupied territories, as tribal warlords took limited control of the territorial enclaves Israel was not interested in