Palestine: The Issue that Divides Turkey and Israel 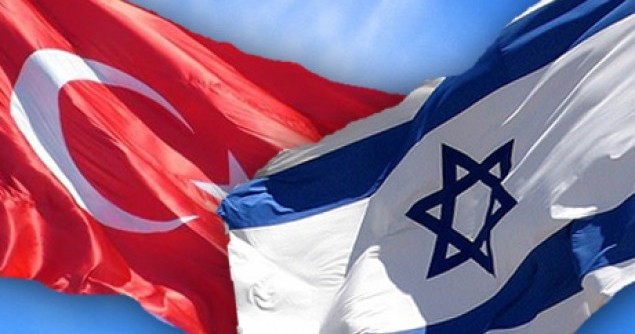 Approximately two years have passed since a flotilla of six ships, including the Turkish Mavi Marmara, set sail carrying hundreds of activists protesting the Israeli blockade of Gaza. Before reaching their destination the ship was boarded by Israeli naval commandos and nine Turkish activists were killed in a confrontation on board.

The event marked a sharp deterioration in Israel-Turkey relations, although not an irreversible one.

After the Mavi Marmara incident, Turkey cancelled a handful of military and security cooperation projects, but these were not sizeable. Israeli-Turkish trade was negatively affected by the incident, but not critically. In essence, relations between the two nations were genuinely shaken, but not to the degree that has been reported in the media. There is no doubt, however, that the key to fully repairing relations between Israel and Turkey lies in finding a just solution to the Israeli-Palestinian conflict.

Turkey and Israel have a great deal of common ground from which to start working together on this issue. Both countries share similar military and strategic interests in the region, and their relationship has often proved to be mutually beneficial. For example, Turkey needs Israeli technology to combat violent domestic attacks from the PKK (Kurdistan Worker’s Party), and Israel has long seen Turkey, with its secular democratic stance and military alliance with the United States and Europe, as a natural regional partner.

Looking back at history, the relationship between Jews and the Ottoman Empire (the predecessor to modern Turkey) was consistently positive. In 1492, when King Ferdinand II and Queen Isabella I expelled the Jews from Spain, many Jewish scientists, writers and intellectuals immigrated to the Ottoman Empire. In recent history, Turkey was the first Muslim country to accept Israel as an independent state following its establishment in 1948.

Even in the face of the Mavi Marmara episode, cooperation between the two states has continued. After the fire in Israel’s Carmel forest in late 2010, just months after the flotilla incident, Turkey sent planes to help extinguish the blaze. On this occasion, Prime Minister Recep Tayyip Erdoğan made it clear that recent sanctions were against the government of Israel, not the Israeli people or Jews.

In fact, this worsening of relations does not reflect a change in attitude by the majority of Turks towards the Jewish community in Turkey or Jews in general, but rather a growing disapproval of the policies of Israel towards the Palestinians. The Mavi Marmara incident was only the tipping point.

The Israeli-Palestinian conflict has always been a stumbling block for Turkey. This conflict has been an important one for Turkish Muslims, but recently the issue has gained significance for a few reasons.

First, personalities matter. With the election of Erdoğan as Prime Minister and the appointment of Ahmet Davudoğlu as Foreign Minister, Turkey has become more active and outward-looking, seeking to re-assert its historic hegemony in the Middle East. This has been particularly true in the wake of the Arab Spring and the collapse of the Mubarak regime in Egypt. And if Turkey desires to be the premier player in regional politics, then the key regional dilemma – the Israeli-Palestinian conflict – demands its involvement.

Second, as Turkish Muslim society has grown more conservative in recent years, greater importance has been given to one of the most important issues for Muslims – the Palestinian struggle. Most religious Turks have a problem with Israel for what they see as denying Palestinian rights to statehood. But it bears repeating that the criticism of Israel is political, not religious or ethnic.

In light of these facts, I believe that the key to putting relations between the two countries back on track is the establishment of an independent Palestinian state, side by side with Israel, with Jerusalem as the capital of both countries. Moreover, in the short term, restarting the Israeli-Palestinian peace process will ease relations even before a Palestinian state is established.

I am not pessimistic about the future. I believe that ultimately what governs relations between states is self-interest. Historic cooperation between Turkey and Israel has proved mutually beneficial, and remains in the interests of both countries.

It is clear that a free and independent Palestine would remove the main obstacle between Turkey and Israel and allow for a return to the close bonds of the past.

Faik Tunay is a member of the Turkish Parliament and member of the Foreign Affairs Committee. His website is www.faiktunay.com.tr

One Response to Palestine: The Issue that Divides Turkey and Israel