…And Our Survey Says: It’s Good to Talk 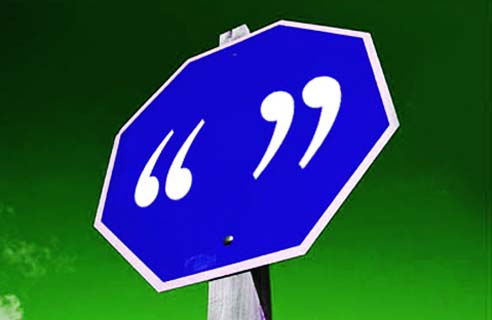 The vast majority of individuals in both Muslim-majority and Western countries surveyed in a recent poll believe greater interaction between them would be a benefit rather than a threat. In fact, an average of 59 per cent of people across 48 countries says it’s advantageous.

These findings are part of a new report, “Measuring the State of Muslim-West Relations: Assessing the ‘New Beginning’”, released this past November by the Abu Dhabi Gallup Center, which surveyed over 100,000 respondents from 2006 to 2010 and across 55 countries. This report challenges political scientist Samuel Huntington’s “clash of civilisations” theory by showing that the majority of people in countries surveyed perceive Muslim-Western interaction as a benefit, rather than a threat.

The report reveals that half of Muslims believe the West does not respect Muslim societies and to do so, it should abstain from desecrating religious symbols. They also want to see more Muslim characters featured accurately in movies, which is surprising because it demonstrates the power of film in contributing toward increasing respect between Muslim societies and Americans.

Forty per cent of Muslims surveyed in the Middle East and North Africa (MENA) region believe political differences are the primary cause of Muslim-Western tensions, and are more likely to believe violent conflicts can be avoided. As for people in the United States and Canada, 35 per cent think political differences are the cause of such tensions while 36 percent think the cause is religious; 40 per cent of Muslims surveyed in the MENA region believe religion is the primary cause of these tensions.

Those not ready for increased interaction between the Muslim world and the West are more likely to see these tensions grounded in religious differences. Individuals who blame religion for the Muslim-Western divide are much less optimistic about avoiding conflict. According to Gallup, those individuals who blame religion as a source of tension are not ready for increased interaction, and are likely to remain so indefinitely.

Moving forward, Gallup recommends for Muslim and Western society leaders to emphasise resolving political issues rather than religious conflicts. This should be done by creating policies that are fair to both Muslim-majority and Western countries, and take culturally appropriate differences into account. An example of this might be easing visa restrictions for students or tourists from the Muslim world that are interested in visiting the United States. This gesture would increase the number of Muslim tourists in the country, thereby enhancing cultural exchanges and promoting improved understanding.

The last section of the report focuses on perceptions of people in three acute conflict areas: Afghanistan, Iraq, and Israel and the Palestinian territories. People were asked their opinions on daily realities as well as increased Muslim-Western interactions. Gallup included in the report policy recommendations to address local needs in Iraq and Afghanistan; however, no recommendations for doing the same in Israel or the Palestinian Territories were offered. Since this conflict continues to be one of the largest tensions between Muslim societies and the United States, readers of the report would have benefited from recommendations on this issue. But it is precisely because this is such a contentious issue that Gallup may have chosen to avoid making any recommendations.

Following US President Barak Obama’s June 2009 speech in Cairo there has been an increase in Muslim-Western exchanges, such as “programs promoting entrepreneurship, student and scholarly exchanges, partnerships to eradicate disease, as well as programs to increase women’s education in majority Muslim societies.” However, sceptics believe real change has yet to occur. In early 2010, approval of US leadership decreased in several Arab countries, perhaps because Obama didn’t meet expectations of change in the Arab world.

It also makes one thing clear: although we have made some progress in improving Muslim-Western relations, there is still a lot of work to be done.

This article is published courtesy of the Common Ground News Service, an organization committed to better dialogue between the East and West.