‘Our Luck’, A President That Gets Complexity 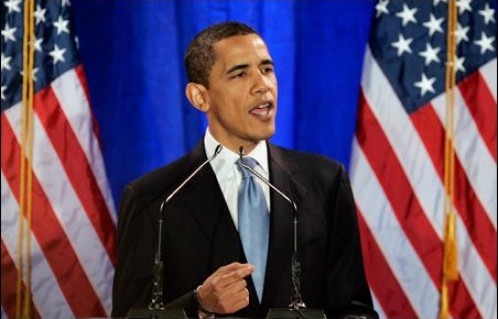 President Barack Obama in his Monday evening address to the nation on Libya outlined an effort of limitations. The US could not intervene everywhere, but it could intervene to good effect here.

America is acting in concert with the Arab League, the United Nations and NATO, not striking out unilaterally. The most important US contribution will be up front, after which the Pentagon will turn the endeavor over to NATO. There will be no effort led by ground troops to overthrow Qaddafi. It is up to the Libyans to deal with him once his armor is neutralized (presumably in the way that the Romanians dealt with Ceausescu and the Serbs dealt with Milosevic).

The US simply doesn’t have the wherewithal to do more trillion-dollar Iraq-style operations, Mr. Obama said– another limitation.

Despite the close and elegant moral reasoning tempered by a steady pragmatism, the speech was full of genuine feeling, including empathy and outrage. It strikes me as among the better speeches President Obama has given since taking office.

In fact, the same awareness of limitations combined with honoring obligations to allies should reinforce Obama’s determination to withdraw from Iraq by the end of 2011, in accordance with the bilateral Status of Forces Agreement concluded between the Iraqi parliament and the Bush administration.

Whether one agrees with President Obama or not on the Libya issue, he was clearly well-informed and in control of the facts and analysis. His fabled intelligence and cool-headedness were on display.

It is a sad commentary that American political discourse is so cheapened and debased by demagoguery promoted by sly billionaires like Rupert Murdoch and the Koch brothers that the responses to Obama from the other side of the aisle were sometimes comical in their ignorance.

Potential Republican presidential candidate Donald Trump was interviewed afterward on CNN by Piers Morgan. Trump alleged that the rebels in Libya might be connected to Iran, and that there was a danger that the US intervention might end up turning the country over to Tehran.

Dear American politicians: Please note that while the Libyan liberation movement beseeched the West to intervene, Iran’s Supreme Leader Ali Khamenei roundly condemned the US action in Libya, accusing Washington of seeking a toehold in that country. In other words, bringing up some sort of alleged link of the Benghazi provisional government, which has reached out to Washington, and Iran is about the stupidest thing anyone could say about the situation.

Michelle Bachmann, according to Think Progress, said “I have been very reluctant to see the United States to go into Libya. For one thing, we haven’t identified yet who the opposition even is to Qaddafi. We don’t know if this is led by Hamas, Hezbollah, or possibly al Qaeda of North Africa. Are we really better off, are United States, our interests better off, if let’s say Al-Qaeda of North Africa now runs Libya?” [03/24/11] ”

Hizbullah is a Shiite movement of southern Lebanon. There are no Shiites in North Africa, where almost all Muslims are Sunni. Hamas is a Palestinian movement and does not have a branch franchise in Libya. The people of Benghazi and Misrata, together amounting to 1.3 million, the backbone of the liberation movement, are not al-Qaeda, which is not a mass movement.

In fact, al-Qaeda in the Islamic Maghreb is like a few hundred guys and is an Algerian organization. I know, I know, pointing out that Michelle Bachmann has said something uninformed is like pointing out that Lady Gaga has done something outrageous. But we are told that Bachmann made a positive impression among possible Republican voters in Iowa recently, and the world in which we live has such persons as potential presidential candidates.

Sarah Palin wants the US military to go into Libya, kill Muammar Qaddafi and then get back out. Palin doesn’t seem to realize that 110,000 US troops on the ground took 8 months just to find Saddam Hussein after they had invaded and occupied Iraq, and that at that point were were bound by Pottery Barn rules per Colin Powell– we had broken the vase and had now owned it. That vase cost about a trillion dollars all told, as Obama pointed out tonight, along with thousands of US and Iraqi lives. Palin lives in a magical world where she can wave her wand and Sarah suddenly gets her way.

Newt Gingrich was for the intervention before he was against it.

And Mitt Romney is all for invading Libya, but thinks the United States should have done it all by itself without consulting allies and apparently should bear all the costs of doing so. Romney alleged that the US ‘followed France’ into Libya, though in fact the US fired 110 Tomahawk missiles at Qaddafi’s anti-aircraft batteries as the engagement was beginning, making it safe for the French pilots to fly missions there.

Our temporary good luck is that we have a president who knows what he is talking about, knows how to assemble a complex international alliance, and has the moral vision to do the right thing even if it is unpopular. It wasn’t so long ago that none of those things was true, and you can’t count on them being true much longer.