Obama and the ‘D’ Word: A Tale of Two Speeches 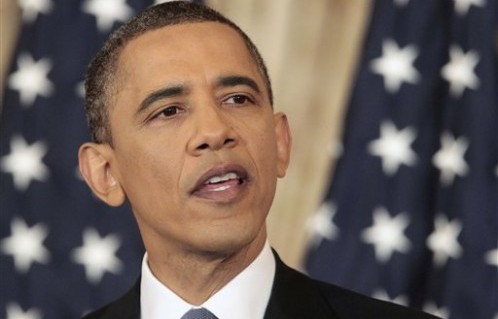 At a lunch at the American embassy in Cairo shortly after US President Barack Obama’s 2009 address, a prominent Egyptian human rights activist described his reaction to the speech this way: “It was better than we had feared, but less than we had hoped.”

This activist was referring to what many pro-democracy advocates in Egypt saw as Obama’s hesitant stance on democracy, pointing out that the President never used the “D-word” in his 50-minute speech. In 2009, Obama spoke to a Middle East where fear left repression unchallenged and democracy activists looked to the West to pressure their regimes to reform.

Fast forward to 2011: Obama dedicates an entire speech to affirming America’s support for self-governance in the Middle East, explicitly using the word “democracy” nine times. Today he speaks to a very different region, where defiance has replaced dread, and where citizens look to themselves as the champions of change. These new societies likely appreciated much of what the President expressed. At the same time, their newfound sense of fairness likely made some things Obama said harder to reconcile.

On the positive side, Obama correctly pointed out that peaceful protest in Egypt and Tunisia accomplished in a matter of weeks what all of Al Qaeda’s bombs failed to bring about in decades.

Parting with decades of US policy in the Arab world, Obama also acknowledged that autocracy could no longer deliver stability or, as he put it, “the status quo is not sustainable.” Democracy, with all its risks, offers more stability than dictatorship, with all its false certainties.

He went on to affirm that standing on the side of the aspirations of ordinary people would be a core priority, supported by powerful policy tools. Yet at the same time, Obama was careful to reassure a region where, according to Gallup surveys, a majority fears that the United States will interfere in their political future, that the world’s strongest nation will “proceed with a sense of humility.” He pointed out that just as it was the people of Egypt and Tunisia who began their journeys to democracy, it will be up to them to determine their outcome.

Speaking to this proud region’s sense of independence, Obama struck the right tone when he put the leadership back with the people, calling their talent “the greatest untapped resource in the Middle East and North Africa.” He was right to emphasise partnership over paternalism, favouring trade, not aid, as the tool for development. His specific promise of $1 billion in debt relief to Egypt and $1 billion in loan guarantees anchored this commitment. Though it was only one line in the speech, the promise to help uncover stolen assets may have been one of the most significant statements for many Egyptians who are furious about their former regime’s corruption.

At the same time, as Middle Eastern societies develop to reflect the democratic aspirations of their people, it will become harder to ignore the unequal treatment of anyone in the region based on their religious or sectarian background. The President rightly pointed to the importance of protecting the rights of religious minorities in Egypt and Bahrain, but failed to acknowledge those of minorities in Israel and Saudi Arabia.

Finally, while much was made of the President’s reference to the 1967 borders with land swaps as a starting point for negotiations between Israel and the Palestinians, few challenged his very framing of the conflict. Obama understandably pointed to Israeli security needs, mentioning the threat of hate and violence to their “children”. However, he made no mention of Palestinian security needs, or fear of Israeli violence, as if the conflict only results in Israeli civilian casualties.

A more empowered Middle Eastern public means that local leaders, as well as those of the international community, will have more to answer for. As Obama acknowledged, the stability of the region now requires that “millions of people – not just a few leaders” believe that peace – and a new American policy – is possible.