Not to Publish bin Laden Photo Wise and Decent 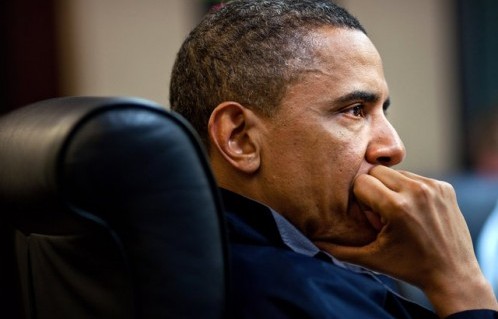 Obama is right that the photo would be used by radicals to whip up emotions.

But it should also be remembered that a Mahdi Army member surreptitiously filmed the execution of Saddam Hussein on his cell phone, and that it was then spread around the internet and to other cell phones, and produced a very negative reaction in the Muslim world. I remember on a bulletin board one Saudi young man saying that he never liked Saddam, but that seeing him taunted to his grave had disgusted him. The video robbed the Bush administration of a propaganda coup, the demise of Saddam, and instead created a fiasco for the US image.

Then, while Americans have forgotten all the horrible photos that came out of Abu Ghraib, of Iraqis being tortured and abused, the Muslim world has not.

Indeed, there was just recently a huge controversy in Afghanistan, which the US public largely ignored. Members of an allegedly psychopathic US Stryker tank unit in southern Afghanistan are accused of having murdered civilians and of having then posed with the dead bodies.

So, way too many photographs of gruesomely disfigured or abused Muslims, whether they met their fates justly or whether they were victims of crimes committed by a high Pentagon officials or a few rogue US military personnel, have already been released on the internet in the past 8 years.

The classy thing to do is to shield fallen enemies, even the most evil, from posthumous humiliation of this sort. The US can only overcome its unfortunate record of a kind of war pornography victimizing Muslims by setting a new standard for itself.

I don’t think Bin Laden is popular enough that his death and even the release of the photos would inflame passions in the general population. But there are some unbalanced people out there with access to C4 plastic explosives who lionize Bin Laden, and there is no point in stirring them up.