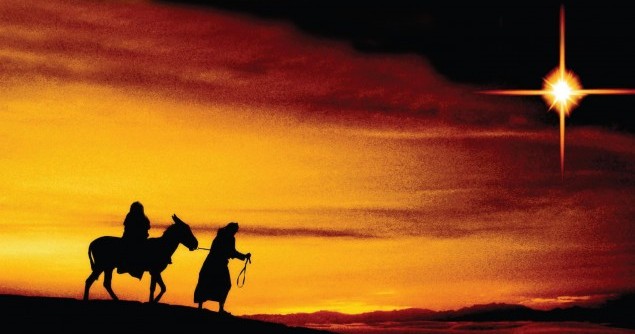 Israel’s large Palestinian minority is often spoken of in terms of the threat it poses to the Jewish majority. Palestinian citizens’ reproductive rate constitutes a “demographic timebomb”, while their main political programme – Israel’s reform into “a state of all its citizens” – is proof for most Israeli Jews that their compatriots are really a “fifth column”.

But who would imagine that Israeli Jews could be so intimidated by the innocuous Christmas tree?

This issue first came to public attention two years ago when it was revealed that Shimon Gapso, the mayor of Upper Nazareth, had banned Christmas trees from all public buildings in his northern Israeli city.

“Upper Nazareth is a Jewish town and all its symbols are Jewish,” Gapso said. “As long as I hold office, no non-Jewish symbol will be presented in the city.”

The decision reflected in part his concern that Upper Nazareth, built in the 1950s as the centrepiece of the Israeli government’s “Judaisation of the Galilee” programme, was failing dismally in its mission.

Far from “swallowing up” the historic Palestinian city of Nazareth next door, as officials had intended, Upper Nazareth became over time a magnet for wealthier Nazarenes who could no longer find a place to build a home in their own city. That was because almost all Nazareth’s available green space had been confiscated for the benefit of Upper Nazareth.

Instead Nazarenes, many of them Palestinian Christians, have been buying homes in Upper Nazareth from Jews – often immigrants from the former Soviet Union – desperate to leave the Arab-dominated Galilee and head to the country’s centre, to be nearer Tel Aviv.

The exodus of Jews and influx of Palestinians have led the government to secretly designate Upper Nazareth as a “mixed city”, much to the embarrassment of Gapso. The mayor is a stalwart ally of far-right politician Avigdor Lieberman and regularly expresses virulently anti-Arab views, including recently calling Nazarenes “Israel-hating residents whose place is in Gaza” and their city “a nest of terror in the heart of the Galilee”.

Although neither Gapso nor the government has published census figures to clarify the city’s current demographic balance, most estimates suggest that at least a fifth of Upper Nazareth’s residents are Palestinian. The city’s council chamber also now includes Palestinian representatives.

But Gapso is not alone in his trenchant opposition to making even the most cursory nod towards multiculturalism. The city’s chief rabbi, Isaiah Herzl, has refused to countenance a single Christmas tree in Upper Nazareth, arguing that it would be “offensive to Jewish eyes”.

That view, it seems, reflects the official position of the country’s rabbinate. In so far as they are able, the rabbis have sought to ban Christmas celebrations in public buildings, including in the hundreds of hotels across the country.

A recent report in the Haaretz newspaper, on an Israeli Jew who grows Christmas trees commercially, noted in passing: “hotels – under threat of losing kashrut certificates – are prohibited by the rabbinate from decking their halls in boughs of holly or, heaven forbid, putting up even the smallest of small sparkly Christmas tree in the corner of the lobby.”

In other words, the rabbinate has been quietly terrorising Israeli hotel owners into ignoring Christmas by threatening to use its powers to put them out of business. Denying a hotel its kashrut (kosher) certificate would lose it most of its Israeli and foreign Jewish clientele.

Few mayors or rabbis find themselves in the uncomfortable position of needing to go public with their views on the dangers of Christmas decorations. In Israel, segregation between Jews and Palestinians is almost complete. Even most of the handful of mixed cities are really Jewish cities with slum-like ghettoes of Palestinians living on the periphery.

Apart from Upper Nazareth, the only other “mixed” place where Palestinian Christians are to be found in significant numbers is Haifa, Israel’s third largest city. Haifa is often referred to as Israel’s most multicultural and tolerant city, a title for which it faces very little competition.

But the image hides a dirtier reality. A recent letter from Haifa’s rabbinate came to light in which the city’s hotels and events halls were reminded that they must not host New Year’s parties at the end of this month (the Jewish New Year happens at a different time of year). The hotels and halls were warned that they would be denied their kashrut licences if they did so.

“It is a seriously forbidden to hold any event at the end of the calendar year that is connected with or displays anything from the non-Jewish festivals,” the letter states.

After the letter was publicised on Facebook, Haifa’s mayor, Yona Yahav, moved into damage limitation mode, overruling the city’s rabbinical council on Sunday and insisting that parties would be allowed to go ahead. Whether Yahav has the power to enforce his decision on the notoriously independent-minded rabbinical authorities is still uncertain.

But what is clear is that there is plenty of religious intolerance verging on hatred being quietly exercised against non-Jews, mostly behind the scenes so as not to disturb Israel’s “Jewish and democratic” image or outrage the millions of Christian tourists and pilgrims who visit Israel each year