No ‘Sharia’ in Tunisia: Is It a ‘Game Changer’? 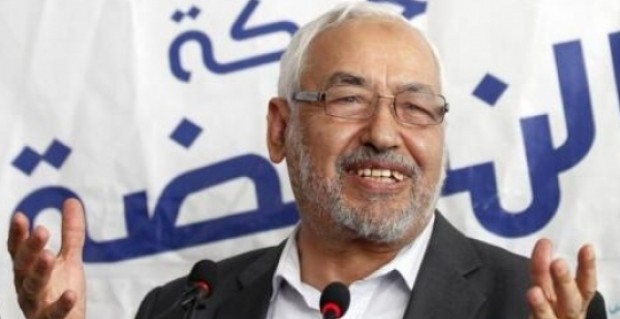 On 26 March, the government of Tunisia, which is led by the Islamic party Ennahda, officially decided against including sharia, Islamic principles of jurisprudence, in the new constitution. This may be a game-changing move at a time when there is so much criticism of the new government and concern about their “moderate Islamic” label. In fact, it could change the way people see the party.

Ennahda is a religious party. There is a vocal part of the population that is convinced that politics and religion don’t mix, and is suspicious of the government’s intentions. But with this decision, Ennahda demonstrated that when it comes to the constitution, it is not afraid to take a position contrary to Tunisia’s more conservative religious groups.

Last October, following the first free elections in Tunisia after 50 years of dictatorship, Ennahda was the primary winner, taking 89 of the 217 seats that make up the constituent assembly. It chose to align itself with the Congress for the Republic Party, which won 29 seats, and the Democratic Forum for Labour and Liberties (also known as the Ettakatol Party), which won 20 seats, to form a majority.

National and international observers have said that despite some minor irregularities, elections took place without corruption and in line with the democratic process. Yet an air of discomfort remains.

Small extremist groups who use violence to make themselves heard, upsetting the delicate post-revolutionary balance, soon came to be seen as linked with Ennahda after a few big events that were widely reported by the media. One of the events that caused the greatest stir in the press was the occupation of Manouba University to demand that students be allowed to wear the niqab, which covers the female face, head and body. The occupation lasted over a month with no obvious reaction from the government.

In this context, can or should Tunisians give the government a chance to keep its promises to the people, and hold it accountable if it does not?

The answer is not straightforward. The role of citizen in democratic Tunisia is still new, as is the role of government spokesperson. There is little political expertise within the government, which is working in a difficult and tense context. For its part, the government must increase communication and take clear positions, particularly concerning acts of violence. Its actions and policy must be transparent enough for constituents to evaluate whether the government is upholding its promises.

Civil society also has a responsibility to give the democratically elected government a fighting chance to succeed. The problems facing Tunisia today have been in the making for decades. It is not reasonable to expect the government to find a magic solution in a few months. It is important that the government meet its responsibilities, but when we dwell only on the mistakes, we may miss the things that it has done well.

Some media outlets accuse the government of censorship, yet this same media now has the freedom to criticise government actions. This freedom bodes well for democracy.

And there are some promising developments happening on the economic front that shouldn’t be ignored. Nejib El Gharbi, communications officer of the Ennahda party, was clear: the economy is the country’s priority and when it comes to the economy, things are moving. For example, in the northern suburbs of Tunisia, work on a huge business centre has begun. In Enfidha, a few kilometres from the large coastal city of Sousse, there are plans to build a port that will accommodate large cargo ships. And the Sama Dubai project, a huge real estate development on the Lake of Tunis which had been suspended since the revolution, has resumed. These initiatives alone already represent thousands of jobs.

We can give the benefit of the doubt to the government while remaining vigilant to ensure accountability. And we can maintain a critical eye without constantly providing negative criticism. Criticism and opposition are part of the democratic process, but the celebration of positive change is just as important.

Sonia Bahi is a freelance journalist and editor of Baya.tn, a website for and about Tunisian women.

One Response to No ‘Sharia’ in Tunisia: Is It a ‘Game Changer’?