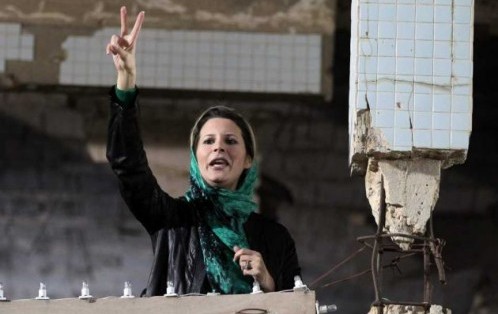 She’s not in the country at the moment? No, she managed to escape to Algeria with her mother and two brothers immediately after the fall of Tripoli in August.

Wasn’t she heavily pregnant at the time? Very heavily. In fact she gave birth hours after crossing the border into Algeria.

Did she deliver any words of encouragement for former regime supporters?  There were a couple of pithy phrases contained in the audio recording which was played on Syria’s Al Rai television, such as:

‘My father has not left, he is always among us’

‘Do not forget the orders of your father urging you to continue fighting, even if you no longer hear his voice,’

This ‘call to arms’ could land her in hot water though? Yes, she could face extradition as one of the conditions imposed by the Algerian authorities on entry was that she refrain from making any political statements.