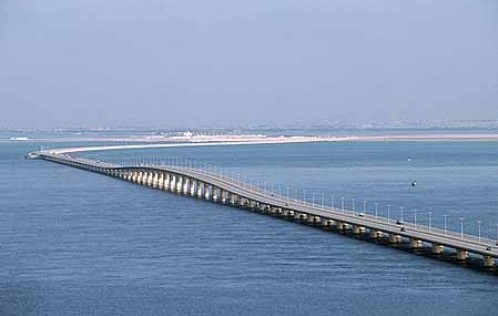 What’s the story? Bahrain says it has broken up a terrorist ring which was allegedly planning attacks on national infrastructure.

And this ‘terrorist cell’ originated where?  Iran, according to the Bahrainis.  The Interior Ministry said that Qatari authorities detained four people as they entered from Saudi Arabia and another individual was detained in Bahrain itself.

Were there any specific targets? The Bahrainis allege that the causeway which separates Bahrain from Saudi Arabia and the Saudi embassy were to be bombed.

Relations between Bahrain have been worsening by the day, haven’t they?  They’ve never been good but they took a sudden turn in a nosedive direction following the suppression of the protests in Bahrain earlier this year.

Which Bahrain claimed were supported by Iran?  ‘Meddling’ is a word that is often used by the Bahrainis in relation to their neighbours across the Gulf.

Isn’t the official Bahraini report into the protests due soon?  On November 23rd it will be published. Should make very interesting reading.

Not a week seems to go by these days without a new Iranian plot being uncovered. That’s what it feels like. We had the IAEA report last week suggesting that the Iranians were engaged on a nuclear weapons programme and the ‘plot’ uncovered by the Americans to assassinate the Saudi Ambassador Embassy to the U.S.