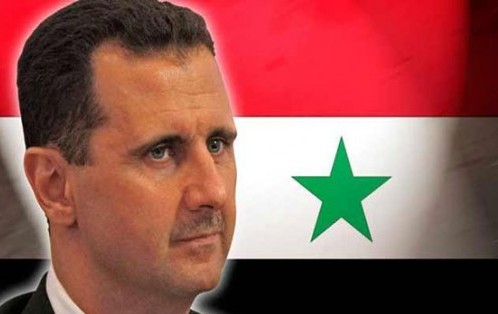 What’s the story?  President Assad of Syria has spoken to the international media.

A full-blown press conference with detailed question and answer session?  Not quite.

A cosy one-to-one chat with a hand-picked correspondent? That’s more like it.  The title in question is the UK’s ‘Sunday Times’ newspaper.  The interview was also recorded on a pretty low quality video camera and copies of same were released to the international broadcast media.

Strange – why not conduct the interview via the Sunday Times’ stable mate Sky News thus ensuring a sharp looking interview on High Definition? Who knows? Perhaps Assad’s PR guys have been influenced by the phone-cam production values of the Syrian protesters.

He must have had something to say about the Arab League plan to eject Syria?  He said it was designed to show that the Arabs were divided, and to prepare the way for outside military intervention which, he repeated, would have dire consequences for the whole region.

But military intervention of a domestic sort appears to be heading in his direction? You’re referring to the RPG attack on the Ba’ath headquarters in the early hours of Sunday morning.

This is pretty significant isn’t it? Well, yes it’s the first attack in Damascus since the protests began.  There are suggestions by some correspondents, though, that it might have been organised by the authorities themselves to back up their claim that armed terrorists are the real issue in Syria.

How Machiavellian.  If ever there was a time and a place to revisit Machiavelli’s masterpiece ‘The Prince’ it would be in today’s Middle East.

One Response to News Analysis: Assad Speaks to UK Media