Netanyahu’s ‘Badge of Honor’ For Obama 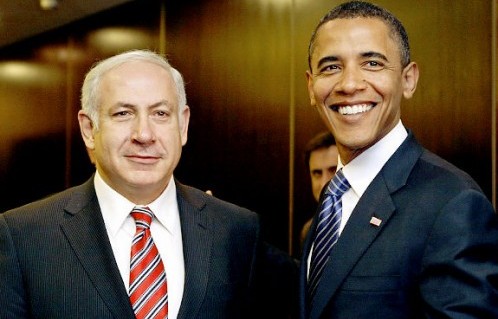 Avigdor Lieberman is thrilled by a speech that called Israel the “historic homeland” of “the Jewish people.” AIPAC is over the moon: “President Obama demonstrated his understanding of Israel’s legitimate requirements.” J Street is happy, too.

Netanyahu called the speech a “badge of honor.” Of course. Because Obama’s description of “the Jewish people’s burden of centuries of exile, persecution”– and the Palestinians’ burden to amend for that– is straight from Netanyahu himself.

Zbig Brzezinski said (on PBS’s News Hour) that Sarkozy’s speech had urgency while Obama’s was a speech for a domestic audience, for the 2012 election. Brzezinski found it tragic: it abandoned any pretense that Americans would be fair in the conflict, and the loss of an American role is bad for Palestinians and Israelis. “Senior Palestinian negotiator Nabil Shaath said Wednesday that the Palestinians’ statehood bid at the United Nations is the only alternative to violence.” —Haaretz.

All our politicians belong to the Tea Party when it comes to Israel. The Times reportsthat the Republican Party has forged a bond with Netanyahu (surely not just for voters, but for money), and the Democratic Party doesn’t want to be left behind. They are cultivating the same government. The Washington Post says says there must be no daylight between Obama and Netanyahu, and Congressional Democrats gave Netanyahu 29 standing ovations last May.

What do people who care about Palestinian rights gain by being Democrats? Where is the left in this conversation? Where are the 20 percent of Americans who think we are too supportive of Israel? Do we have a voice in Congress or the media?

Back in the 60s, the Democrats gave up part of their coalition to choose equal rights. “We have lost the south for a generation,” said Lyndon Johnson. Will anyone in our politics be willing to take a principled step in support of Palestinian rights and risk losing those Jewish voters and donors who will back Israeli discrimination forever?

Based on today’s performance in New York, I doubt it.