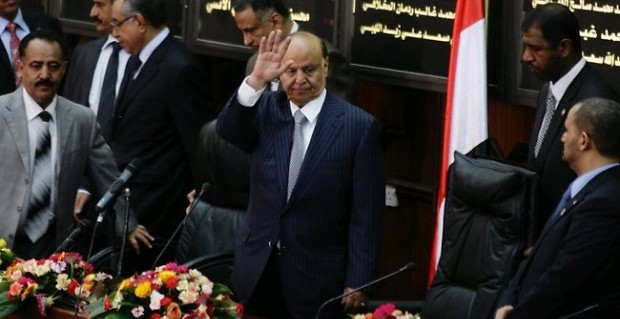 On 21 February Yemenis went to the polls and elected former vice president Abed Rabbo Mansour Hadi as president in a one-candidate referendum, ending the 33 year-rule of former president Ali Abdullah Saleh. Some see this as the end of the struggle between political elites and the popular, peaceful youth revolutionary movement.

The Gulf Initiative was signed by most parties involved in the political crisis that led to Saleh stepping down, notably the General People’s Congress party (the ruling party) and the Joint Meeting Parties (the opposition). Other parties – including the Houthi separatist movement in the north; the Hirak in the south, a large-scale movement that includes southern separatist groups; and representatives from the popular youth movement that led many of the protests – were not present. These parties are concerned that a transition of power is not enough and are demanding a complete regime change.

Moving forward requires involving these parties in a comprehensive national dialogue to determine the future of the country. This process is both critically important and difficult to implement.

There are several groups, each with their own demands. Opposition parties and the revolutionary youth movement call for political reform involving more freedom of speech, peaceful transition of power and equal opportunities for all political parties to participate in future elections. Other demands jeopardise the country’s current constitution, which was written in 1990 and helped unify the country after a civil war: these include the Hirak demands for southern secession and the Houthi movement for northern independence. In addition, there is also a silent majority that is concerned primarily with safety and economic growth; tribes demanding power and financial resources; extremists affiliated with Al-Qaeda calling for an Islamic state; and economically marginalised groups demanding greater equality.

Furthermore, some of these powers are well-armed; others have money and authority. Some have garnered popular support. The current situation in Yemen is a recipe for a prolonged political crisis that could worsen the rift between the different groups and cause extreme economic instability.

In order to avoid such repercussions, political, tribal and social leaders must prepare for a comprehensive national dialogue that guarantees the involvement of all powers – regardless of how small their roles in the political process are. The basis for the dialogue should be finding a way that the country can move forward as a whole.

Two key points should be discussed during this national dialogue. The first is restructuring the armed forces and security forces to work for the country as a whole, and ensuring their neutrality in the political process. This will help foster greater trust in the central government and demonstrate that the armed forces do not work for any one faction or group. Second, the constitution, which was drafted in 1990, must be reworked and presented for a referendum.

The constitution should include the adoption of a federalist system, in which the central government oversees provinces that have some autonomy. In addition, it should call for an electoral system based on proportional representation, whereby even small parties can garner votes and gain a voice in the government. This will help safeguard the rights of minorities and the politically marginalised, and will guarantee the participation of all political groups in decision making.

Such measures could pave the way for political stability and security, improve development and revive the economy. They are a necessary first step before forging ahead in establishing a democratic system based on equal citizenship, the rule of law and peaceful power-sharing, and moving away from marginalisation, violence, oppression and corruption.

Abdul Wasa Al-Saqqaf is a member of the World Council of Press and Director of Etijahat Center for Studies and Impact Assessment in Yemen.

One Response to National Dialogue ‘Vital’ For Future of Yemen