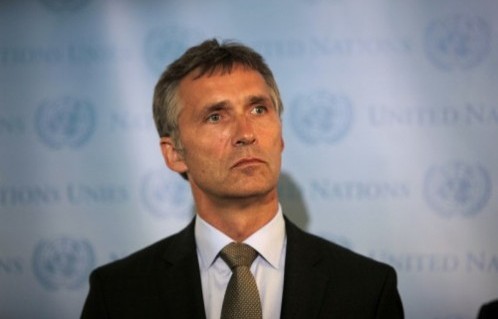 The “madman or terrorist” debate raging over the appropriate reaction to Anders Behring Breivik is dangerously obtuse. Simon Jenkin’s assertion in the Guardian’s Comment is free ‘that [because] he does something terrible does not make him a terrorist’ is nonsensical. The very definition of a terrorist is someone who uses violence and intimidation in the pursuit of political aims. By any interpretation of his actions Breivik fits this description. While his mental health is something for medical experts to speculate on, he did not act in a vacuum free from outside influences, and he had clearly stated political aims. His targets were both directly connected with Prime Minister Jens Stolenberg’s Labour Party, and his avowed purpose was to protest against the government’s stance on the perceived threat of Islam and it’s “loose” stance on immigration.

This man’s racist and xenophobic opinions about the Muslim world are every bit as abhorrent as Al Qaeda’s stance against western values, and his actions in support of them makes him every bit as much of a terrorist as those who carried out the 9/11 and 7/7 attacks on the US and Britain. The liberal media’s failure to acknowledge this is an attempt to pander to a populist rhetoric in which the “real threat” are Muslim extremists, and any violent acts committed by political zealots of different stripes are the work of “individual madmen”.

While Breivik may have acted outside the structure of any formal organisation or cell, we do not need to look far to find his views reiterated. Italian MEP Mario Borghezio, in an interview with Il Sole-24 Ore radio station said “Some of the ideas he expressed are good, barring the violence. Some of them are great,”. His Northern League Party has many opinions in common with English Defense League and other right-wing and neo-Nazi parties throughout the Western world. While these organisations may represent extreme positions, anti-immigration sentiment and a moderate distaste for “multi-culturalism” are commonplace. The fact that not everyone who holds such an opinion acts on it violently mirrors the way that despite a significant minority of Muslims holding anti-Western views, only a tiny minority of “madmen” are involved in Islamist terrorism.

This is not an argument for a crackdown on the right, simply a suggestion that the West needs to acknowledge that Islam is not the only threat to world order and stability. Just as Christians do not have to bear the collective responsibility of Breivik’s horrific actions, neither are the crimes of Al Qaeda the fault of Muslims. In both situations the fault is extremism and intolerance, and the correct response is to punish the individuals responsible, rather than to make broad accusations. Mr Stoltenberg’s admirable statement that this attack on Norway’s “fundamental values” would be responded to with “more democracy, more openness” is an inspiration, and one which Britain and American would do well to take note of.