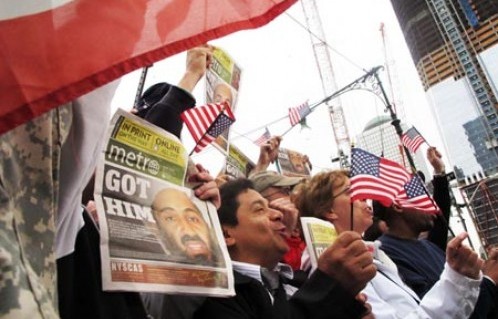 Over the past ten years, much has been written in an attempt to make sense of what happened on 11 September 2001. It is a difficult task. Analysing evil is not easy. Terror makes no sense to the rational mind. All that seems clear is that, for millions of Americans and the world at large, the events of that day will never become just a memory but will remain something they carry with them for the rest of their lives.

It has not been a happy decade – nor has it been an “American” decade. Economic decline, social immobility, cultural and artistic depression, and a loss of opportunity for ordinary people have all contributed to a future that no longer seems full of possibility. Optimism has eluded us. The factors are many and the reasons complex – but having grown up in a volatile region, I cannot help but believe that to some extent, this atmosphere is the by-product of the so-called “war on terror” – a war which seems to have no end in sight.

Has the struggle against those who seek to monopolise the truth on either side brought the West and the Muslim world closer together?

Over the past few years, it has often felt as if our mutual misunderstanding could not be deeper. Christian minorities in the Middle East face many difficulties. In many Western countries Muslim communities have been marginalised to satisfy competing ideologies and to sell newspapers.

And yet, since an indifferent leader fled his own country in Tunisia and a 30-year regime was toppled in 30 days in Egypt, that natural human fear of the “other” and of “each other” seems to have been replaced by something else. The spectre of religious extremism – although tragically it does exist – no longer has the resonance it once had.

The stereotypes that have for so long represented this region as beyond redemption are now competing with narratives of hope. Fewer Americans seem content to simply judge the Middle East – they want to understand it. This is both brave and unexpected. It is exactly what the likes of Al Qaeda do not want.

The fact is that although Americans and those in the Middle East are far apart, our destinies are intertwined. To suggest that the young Jordanian, Tunisian, Egyptian, Bahraini or Iranian grows up hostile to the United States is to simplify a complex relationship. Young people in Jordan and throughout the Middle East notice the situation in Palestine.

They have become accustomed to being disappointed, and can be depended upon to quite relentlessly point out any discrepancy between words and actions. But such feelings are also often mixed with admiration – for American movies and culture, for ideas such as freedom and individuality, for opportunity and meritocracy. It may be schizophrenic but it is real. The “right to pursue happiness” is a formula people everywhere aspire to and understand. But it is not easily won.

In the Middle East, ordinary people are paying the ultimate price for the right to have rights. The “Arab Street” has been pitted against the modern state security apparatus. The result, more often than not, has been wholesale repression, violence, intimidation and brutality.

At the same time, everywhere you look, a once-silenced majority wants approximately the same thing: a sense of dignity, control over its own destiny and access to opportunity. The uprisings have proceeded unevenly. They will end unevenly. Yet they will also prove revolutionary and evolutionary because they involve two central messages.

The first is that the Middle East can be different. The second is that it is changing, and changing fast.

As we’ve seen in this region of the world, coming to terms with the past as well as overcoming it isn’t easy. The attacks of 9/11 represented a calculated and cowardly attempt to fashion a great and gaping civilisational divide. This grand and twisted project has, despite our better angels, often seemed in danger of succeeding. We cannot let that happen.

It is the acceptance of difference, which implies a freedom from fear, that any terrorist must surely fear most. Instead of fighting against “terror”, we should be fighting for optimism and hope.