Tunisia Votes Itself into Political Pluralism 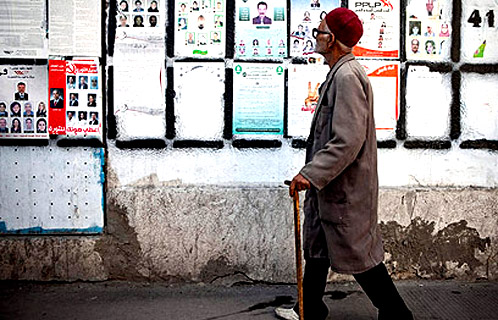 Tunisia’s election outcome gives 41% to the Muslim fundamentalist party Al-Nahda. One of the other two winners is the Rally for the Republic– of long-time political exile Moncef al-Marzouqi. Then the third major party is al-Takattul or the Democratic Forum for Labor and Freedoms, headed by Mustapha Ben Jaafar.

The latter two mentioned are secular, and al-Nahda needs these secular allies to run the government, not to mention achieve a majority. The al-Nahda fundamentalist party, moreover, told me last June that they want a pluralist system that makes a place for believing Muslims, but that they will not dictatorially impose policies on one another. I asked about liquor and they admitted that they would try to discourage drinking. But they said they would do so by increasing taxes on alcohol, just as governments have done with smoking.

If the al-Nahda semi-victory (they did not get the majority and so did not ‘win’ in the American sense) contributes to an opening up of Tunisia to a variety of styles of life, if it makes Tunisia more multi-cultural, then that would be all to the good. There is an admitted danger that al-Nahda will try to limit freedom of speech. Tunisia is now the only Arab country without print censorship, and you wonder if that will last. Marzouqi and al-Takattul bear a special responsibility for keeping Tunisia free.

The French newspaper Le Monde pointed out that this pluralist outcome is far superior to what happened in Algeria in fall, 1991, when the Islamic Salvation Front won 66% of seats in parliament, allowing them to tinker with the constitution. The secular Algerian military intervened to stop what they saw as a Muslim fundamentalist juggernaut, and they dissolved parliament. Angry Algerians then threw the country into a civil war that lasted some 15 years and generated over 100,000 deaths.

The compromising, less rigid stance of the Tunisians is likely to allow them to avoid that kind of conflict.