The Day the Egyptians Stopped Seeing the Joke 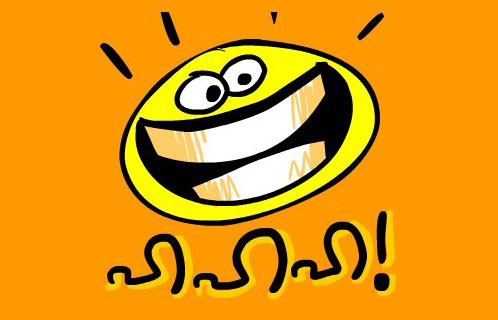 Over the years, I have watched Egyptians laugh at themselves and the regime they live under. It’s a particular type of humour I have noticed most in the Levant – a sort of gallows humour that makes a joke out of the lack of freedom and the ubiquitous mukhabarat.

Every time elections would come around, people would laugh about how he was going to lose this time. When he polled the upper 90 percentile of votes as usual, people would laugh at that. Jokes would be cracked about the lack of freedom, respect and hope for the future (or the rising price of food) because, well, what else could you do?

It struck me the other day that the Egyptians simply stopped laughing.

Colleague Marwa got out of Alexandria on Friday – her eyewitness account of the journey she and her husband took is the stuff of adventure novels – roadblocks, burning tyres and the fear of driving through teeming, excitable crowds as people bang their hands against your car roof, an awful din that makes you cringe and fear the metal will cave in. The guttersnipes burning tyres, unaware of why the world has suddenly gone mad, but capering around in great glee at the sudden anarchy.

As we can all see from Al Jazeera’s stunning coverage, the situation is deteriorating and looters are roaming the streets. Communities are coming together to protect themselves, rather in the face of a strategy that appeared to be built around pulling the police out and letting law and order break down (even giving it the occasional shove in that direction, apparently) – Marwa’s mother’s apartment was saved at the last moment by a neighbour, the men have come together now and blocked the street so that the residents are safe. The army, she reports, have been unfailingly polite and pleasant and have refused to use force against the protesters – something that Al Jazeera’s coverage has also shown.

But it would appear to me that things are inevitably going to get worse before they get better whatever the outcome – food supplies will come under pressure as travel around Egypt is rendered nigh on impossible by roadblocks and gangs of thugs (including those carrying government issue firearms).

Medical supplies will be stretched and a wide range of basic services are already going to be under pressure, which will only increase the longer the protests carry on.

Everyone I know is quietly hoping they’ll be able to laugh again soon – a different, more carefree laughter, perhaps.

One minor triumph to have come out of all this has been Al Jazeera’s. I have been watching their coverage of events and it has been very, very good indeed – BBC quality reporting with an authoritative voice and a wide range of viewpoints rather than constantly repeated reports and whole minutes of text snippets with a repeated sample of the same parping theme tune.

It has also focused on the news – not constantly nipping off to talk about how some footballer sprained his earlobe or some manager was ‘sick as a parrot’ but thought it was ‘the rub of the green’.

If you’re interested in what’s happening in Egypt, give AlJaz a spin. It is streets ahead of anyone else.