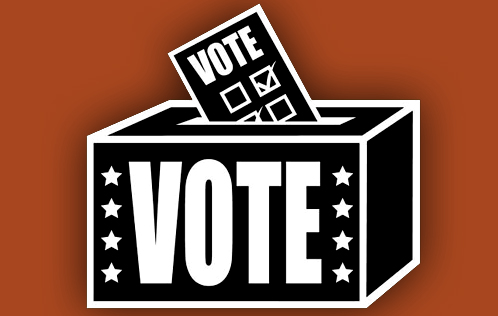 Hamad Bin Khalifah Al Thani, the Emir of Qatar, in his annual speech to the Shura Council, has announced that Qatar will have elections for a legislative body in 2013. Though the full details of what this entails are not available at present, if this follows the Constitution, 30 of the seats will be elected and 15 will be appointed.

Back in 1995 when the Emir first came to power, elections for the Central Municipal council were promised. This election was to vote in the 29 members of the advisory body attached to the Ministry of Municipality and Agriculture. In late 1997, female suffrage was promised and the election was scheduled for March 1999. Amid high turnout (over 90% in Doha, 70% for the rest of Qatar) no women were elected but Qatar’s first elections with full emancipation – albeit for a consultative role – was a success.

By this stage, other elections had taken place, having taken a lead from the Emir’s enlightened position as espoused in 1995. The Qatari Chamber of Commerce, previously all appointed, was elected by secret ballot of its members in April 1998 and the Assistant Minister of Education noted in 1998 that from then on she would encourage democracy in her fiefdom with the free election of student bodies.

Full general elections for a legislative elected body was expected in 2005 then 2007 again by some in 2010.

The Emir in Qatar has announced these elections while facing no calls to do so. There is no groundswell of opinion in Qatar demanding democracy. This is a function of the strong socioeconomic position in which Qataris find themselves; the fact that they are, overall, generally pleased and proud to be Qatari, their reputation in recent years having being burnished by their government’s actions in, for example, temporarily solving the bitter Lebanese political crisis in 2008, their continued support of peace in Darfur and their unprecedented actions in Libya; and the fact that Kuwait – the Gulf’s most democratically advanced state – offers an example of how greater democracy in a Gulf context can woefully stifle and retard the efficient progress of government and economics in a country.

Qatar has, since its transformation began in the early to mid-1990s, always seen itself as a regional leader. Again without pressure, the Emir abolished the Qatari Information Ministry soon after he came to power; established the revolutionary Al Jazeera TV station; sought to carve out a space for Qatar’s own foreign relations which included shockingly taboo deals with Israel and Iran in the late 1990s especially and generally Qatar eschewed the old, more conservative traditional policies and prodeadures of the Gulf.

This has infuriated its neighbors significantly on numerous occasions. The lack of a Saudi Ambassador in Doha from 2004 to 2008 being one example of severe neighborly displeasure.

More recently, Qatar has – so to speak – calmed down somewhat and reigned in its more egregiously provocative actions. Al Jazeera, for example, has curtailed its vociferous coverage of Saudi Arabia significantly since 2008. Yet this move is likely to antagonise its fellow GCC members. The contrast between a potentially highly democratic Qatar and, for example, Bahrain and especially Saudi Arabia are not going to be comparisons that are appreciated in Manana and Riyadh.

The key caveat here is to note what kind of powers these new Qatari elected officials will have. Again, if the Constitution is followed, then the body will be able to:

It remains to be seen what will happen in practice. Specifically, it will be interesting to see what kind of deference they show to the Governmental elite. In Kuwait, for example, a certain amount of deference was implicit. Yet ever more the Prime Minister, for example, who was previously untouchable, is the centre of bitter recrimations and attacks.

Initially, it would be logical to expect a certain amount of deference, but this obviously depends upon who is elected. In Kuwait, there are a number of politicians who shamelessly use their positions to grandstand and have brought the machinary of government to a halt over their deeply felt but nevertheless minor issues. While in the public life in Qatar there are certainly a couple of people who will no doubt stand for election and may well be similarly forthright and obstructive, one must not forget that Qatar is a counservative place.  As happened before and though it may sound counterfactual, those whose platforms are overtly political or percieved to be at all reactionary, may well find themselves harshly dealt with by the public vote. A lot of Qataris are of the opinion that ‘if it ain’t broke, don’t fix it’, hence their lack of a call for democracy, and could well assert this notion  at the ballot box.

Having said this, there are certainly a number of hot-button issues in Qatar: the educational reforms, the money being spent on Education City and Qatar’s international forays. Though political parties are banned and will likely not be allowed in the near future, there is scope for politicians – many of whom will no doubt come from an Islamic bent – to stand on conservative lines who may attempt to slow down such reforms. Such politicians will have to decide how hard to bang their electoral drum: yes, they need to appeal to voters and to show their stripes, but not too vociferously as to scare off other potential voters.

In sum, this is another fascinating move from a fascinating country. Again Qatar has seized the mantle of leadership in the Arab World and reaffirmed its place as a place of dynamism, of forward-thinking intellect and as unafraid to take some risks.