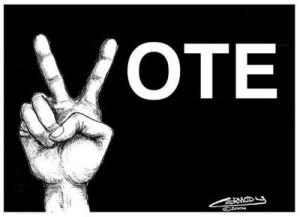 For many Emiratis, experiences with the current Federal National Council have been less than ideal. If asked to name a major achievement accomplished by any FNC member, few Emiratis would have anything positive to say.

The record of this partially elected body should not sour Emiratis’ overall impressions of the movement towards national civic participation. That movement was launched by Sheikh Khalifa bin Zayed, the President of the UAE, in 2006, but four years later, some Emiratis still do not feel that they have a say in many issues in their country.

One way to bring Emiratis into the civic process and engage them in decision-making would be to allow citizens the right to run and vote in municipal elections where they themselves could work to improve services in their districts.

The role of municipal councils in the UAE does not differ from other countries. For instance, according to Sheikh Khalifa’s decree, councils in Abu Dhabi are responsible for improving services for residents in their districts, including public works, town and suburban services, infrastructure and town planning committees.

The Western Region of the emirate, also known as Al Gharbia, covers an area of 60,000 square kilometres and includes townships such as Madinat Zayed, Ruwais, Liwa Oasis and Dalma Island. Its municipal council is made up of 16 members who are serving two-year terms. At least six of the council members have to be selected from among the residents of these towns.

Besides the FNC, a number of other councils can be found in the UAE, including executive councils and consultative or Shura councils. However, the practical role that municipal councils fulfil was evident in the wake of Cyclone Gonu that hit the shores of neighbouring Oman as well as towns on the UAE’s east coast in June 2007.

In response to the natural disaster, Dr Mohammad Saeed al Sahi, the chairman of the Kalba City Municipal Council, created an emergency response committee that co-ordinated, among other responsibilities, the financial compensation that was allocated by President Khalifa and Dr Sheikh Sultan bin Mohammed, the Ruler of Sharjah, to those who were affected.

But in addition to their role organising community services, municipal councils can be powerful tools to cultivate civic awareness and participation among the nation’s citizens. This is vital to give Emiratis a stake and responsibility in the affairs of their communities.

The ultimate prize will be the engagement of nationals who must be more than spectators in the development of their country. Emiratis should be participants, suggesting new policies, interacting with Government and ultimately empowering national institutions through citizen participation.

The truth is, in their current form, many Emiratis do not know that municipal councils exist, much less their function. If citizens know that they are able to elect a representative who can look after the everyday needs of their communities, we can turn society from a group of passive bystanders to active contributors who promote issues as varied as environmental awareness to civic responsibility.

The governments of the seven emirates have an opportunity to demonstrate that, by empowering Emiratis in cities and towns across the country, government and public services can make great strides forward. Eventually, the EU model might be considered, which would allow citizens to vote in whatever district they resided in regardless of where they were originally from.

These changes do not need to be abrupt. Partial elections could be held for each municipal council, and the number of elected seats expanded if the experiment proved to be a success. In all likelihood, elected council members would represent Emiratis who were dedicated to the wellbeing of their communities and who would make every effort to lobby for improvements on behalf of their constituents.

At present, some Emiratis seem to be disconnected from public service and civic duty. If they are empowered to represent their communities, then the energy of a young and growing population could be harnessed in the right direction.