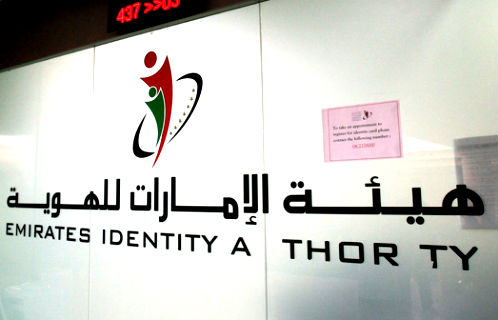 It was with infinite weariness I started this post. I’ve resisted commenting on the various announcements made by the Emirates Identity Authority for some time now, having just taken it as read that whatever they say will be corrected or clarified at some stage in the future, then recanted or re-clarified, changed or just turned on its head. I’ve been following the whole sorry saga since November 2008 and it’s not been pretty, I can tell you. For a convenient glance at the whole backstory, you can follow this here link.

In this rather grumpy post, I called the whole thing a fiasco. And I do think I was justified in that.

As a communications case study it’s quite without parallel – a remarkable track record of unclear and frequently unsustainable announcements that our media has done very little to clear up. The newest moves, reported in today’s Gulf News (the other lads seem to have missed the story), are as impenetrable as the fog siting on the ground during this morning’s drive to work. Gulf News has two stories today, this one on its front page tells us that you now need to be fingerprinted at an Emirates ID Centre while undergoing medical tests to renew your visa. This flies in the face of the recent announcements that those renewing would not have to be fingerprinted. Asked why by the fearless bastions of the fourth estate over at GN, a spokesperson responded: “It is for security purposes.”

Apparently preventative medicine centres (PMCs – you know, the places where we’re herded around in shuffling lines to be dehumanised and then stabbed in the forearm by a licensed butcher, leaving a nasty bruise for days that never happens when a hospital takes a blood sample) are now being linked to the EIDA system. Quite why this means we have to be fingerprinted again is anyone’s guess. This process was originally announced to be completed by 2010.

Reporting inside the paper, Gulf News tells us there is now an absolute deadline for expatriates to register for their Emirates ID cards of March 31st 2012.

So, three years later, we have a real deadline (“We’re serious this time, we’re telling you!”) with a fine to be imposed upon those not complying, of Dhs20 per day up to a maximum of Dhs1,000. The real deadline is December 1st 2011 in Fujairah, Ras Al Khaimah, Umm Al Quwain an Ajman, February 1st 2012 in Sharjah and March 31st in Abu Dhabi. Dubai gets until June 1st 2012.

Quite who is going to administer the application and collection of these fines in each municipality with different deadlines applicable is a question GN doesn’t address. One suspects this is because the whole fine thing is just another pronouncement of negligible substance from a source that has given us so many.

I just can’t wait for the inevitable story that the EIDA folks have been awarded for bringing the project in on time, under budget and to quality…