Some early reports spoke of 120 dead in the first 40 minutes, including two policemen (9 policemen were said to have been wounded). Alarabiya was still only reporting 5 dead several hours after the push against the squares began. 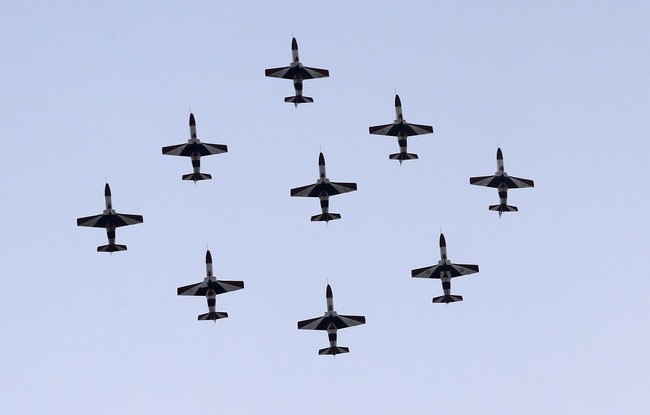 On Wednesday morning, the State Security police in Egypt used earth movers to tear down the barricades around the huge sit-ins at al-Nahda Square in Giza and Rabia al-`Adawiyya square in Cairo. They left one street open at each location and demanded the crowds disperse, saying that no one would be pursued who voluntarily left. Police then advanced into the squares, firing tear gas.

Some early reports spoke of 120 dead in the first 40 minutes, including two policemen (9 policemen were said to have been wounded). Alarabiya was still only reporting 5 dead several hours after the push against the squares began. Egyptians tweeting from the scene said that police had encountered armed resistance from some of the Muslim Brotherhood and traded fire with them. Some two hundred protesters were arrested in the first couple hours of the assault.

The government stopped all trains from running in the country, to prevent the Brotherhood crowds from reassembling outside Cairo.Press reports said that the Interior Ministry had ordered police to clear the standing protests on orders from the cabinet of PM Hazem Biblawi, on the grounds that they were interfering with traffic and creating a nuisance for families living in the area.The Egyptian press has been reporting for a couple of weeks that there were sharp divisions within the interim government regarding how to deal with the large Muslim Brotherhood sit-ins, which were demanding the reinstatement of deposed president Muhammad Morsi. The Interior Ministry, Gen. Mohammad Ibrahim Mustafa and the Defense Minister Gen Abdel Fattah al-Sisi wanted to use force to disperse the pro-Morsi demonstrators.

Deputy Prime Minister Ziad Baha Eldin and Vice President for foreign affairs Mohamed Elbaradei are said to have called for a gradual approach, of simply not allowing anyone who left the square to return and counting on attrition to thin out the crowds over weeks. They argued that anything that looked like a massacre of Brotherhood members would weaken Egypt’s standing in Europe and the US. Others in the government wanted to disperse the crowds by force immediately. While last weekend it seemed that Elbaradei had prevailed, by Wednesday morning the hard liners had won out.

The government crackdown on the Brotherhood sit-ins may have been provoked by the attempt of Brotherhood supporters to march on the Interior Ministry, and by the clashes that broke out on Tuesday between pro- and anti-Morsi demonstrators.

The interim government’s announcement Tuesday of 18 new provincial governors, 11 of them former military generals, had raised alarms among civil society groups that the ambitious military was consolidating its control over the country.The violent dispersal of the Brotherhood supporters of deposed president Muhammad Morsi has further polaraized Egyptian society between the religious fundamentalist Muslim Brotherhood and nationalist forces supporting the military. The military had appeared to wish to treat the Brotherhood members as members of a conspiratorial and manipulative covert organization. They may now have a green light to proceed in that way.