America and Islam: Ignorance of ‘the Other’ No Option 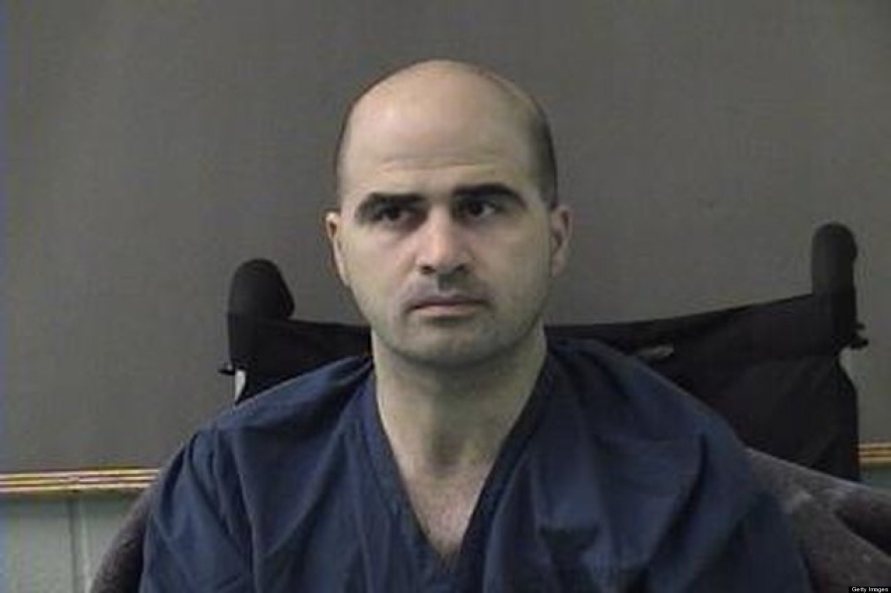 On Thursday, August 8th, Muslims around the world celebrated Eid Al-Fitr, marking the end of the holy month of Ramadan.

On that day American Muslims also gathered in mosques across the country to attend Eid Al-Fitr prayers. Eid Al- Fitr is a three-day feast that commemorates a month of fasting, retrospective contemplation, repentance and prayer. During Ramadan Muslims reflect on their personal deeds and their family and community relationships. Throughout the month Muslims are reminded that the past is behind them, but the future is theirs to shape. Meanwhile during Eid Al-Fitr prayers, worshipers are told that to be forgiven, they must be willing to forgive.

This Ramadan, American Muslims reflected on Major Nidal Malik Hasan’s upcoming trial. Hasan is the American Muslim army psychiatrist accused of committing the deadliest mass shooting ever on a U.S. military base.

Major Hasan is well educated. He was born and raised in Virginia and from all accounts he loved his country. Hasan’s violent actions are inexcusable and beyond comprehension, but his voluntary admission of guilt absolves Americans from proving or disproving his criminality. Considerable effort has been expended determining the reasons that may have contributed to Hasan’s radicalization and alienation. American Muslims have also mulled over the possible impact of Hasan’s trial on their community.

They are relieved that Hasan has taken responsibility for killing 13 unarmed US military personnel and the wounding of 31 others. They hope Hasan’s admission of guilt will give him the chance to reflect on the immense harm he has inflicted on the families of his victims and our nation. Hasan’s admission also provides Americans with the opportunity to explore the factors that caused his violent radicalization, learn about his mental and emotional state that allowed him to sanction the brutal killing of fellow Americans, and assess whether or not his incomprehensible crime is linked to America’s post 9/11 s political climate.

Fear not, understanding Hasan’s reason for acting violently is not synonymous with agreeing or justifying his horrendous brutal crime.

Needless to say American Muslims do not understand why the US government and military chose to publicly try Hasan on the first day of Eid Al-Fitr celebrations. U.S. entities are not abstract institutions separate from the people; rather they are administered and run by its citizens. Our national policies and military decisions are not born in ether; they are a reflection of a belief system that is mirrored in the operational functions of our government. So why did the military court choose the first day of Eid Al-Fitr to try Hasan? Why is it difficult to be courteous of American Muslim sentiment on their holy day? Why not spare American Muslims the predictable injurious insults hurled at them by America’s  Islamophobic pundits  on their first special holiday? Why are the practices of Muslim faith excluded from America’s social and cultural consciousness?

Contemplating these questions can help us understand the communal social beliefs that guide our national civil discourse and government practices.

We can no longer ignore the impact of 9/11 on our national character, the rise of Islamophobia in the U.S., the role of hate peddlers in stoking Islamophobic sentiments to advance narrow political objectives , and the psychological and emotional toll of wars on the military and country. Furthermore, we have to evaluate the forces that shape our national and international polices and the role they play in shaping our culture and civility.

Are we ready for a genuine authentic assessment of our irrational fears, commonly held biases, and exclusionary policies that are fermenting frustration and isolation among our young? As an educator I cannot help wonder how a simple ride on a bus is a provocative experience for young Americans (Muslim and non-Muslim). Our young are unable to make sense of the stream of negative ads plastered across city trains, buses and stations. Unchallenged these racist messages are weakening and compromising the ethical compass of our young who need help in navigating the bigoted messages they encounter.

America’s youth need to learn how to process the deluge of ads and media messages that demonize their faith, or the faith of their friends, classmates and schoolteachers. We have to figure out how to improve our civil discourse, defuse conflicts, reduce cultural misunderstandings, and increase our social capital. But first we must stop excusing America’s willful ignorance of Islam and Muslims.

Claiming ignorance of the other is not an option.

3 Responses to America and Islam: Ignorance of ‘the Other’ No Option