Melancholy Meets Impotence: Being An Arab In the Middle East 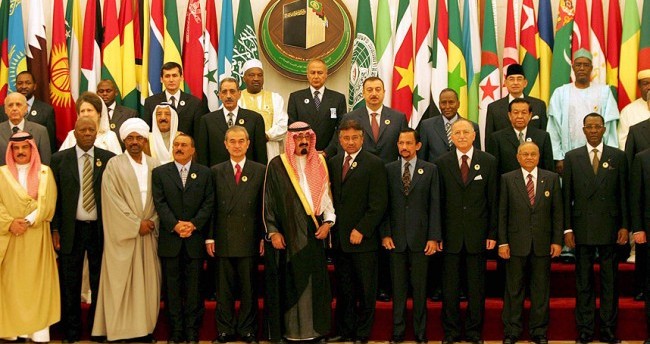 The debate that has been raging on both here in Jordan, and what I can safely assume the rest of the Arab World, regarding western military intervention has been enlightening. As expected, it’s an issue that is as polarizing as they come, and the increasingly complicated make up of the Syrian conflict renders it even more so.

Some believe that whether Assad used chemical weapons or not, he is largely responsible for the deaths of tens of thousands of civilians and a surgical military strike by foreign powers might help put an end to that, or tip the balance. Others believe that regardless of whether Assad used these weapons, no foreign power should get involved in Syria under any circumstances (and that’s despite the mass killings). And others believe that Assad is in the wrong, but those looking to take his place are religious radicals, and thus the devil you know beats the devil you don’t. And the list goes on and on.

This entanglement seems to have gotten worse with the latest geo-political chess game the world powers have been playing in Syria – most notably of course is the US and Russia. It was enough to sit behind a TV screen and wonder whether President Obama was going to give the go-ahead, and subsequently having to drive to the nearest supermarket to stock up on canned goods. But with Russia entering the stage, a different picture is being painted. And yet, all this bothers me as I’m sure it bothers quite a lot of people.

It is surprisingly fascinating and simultaneously painful to watch those stronger than you discuss, strategize, plan and agree what to do with you. Citizens of this region feel like prisoners of the region; we reside here, but we have little control over our own destinies. The Arab Spring may have been an attempt to change that, but the results of self-determination have thus far been expectedly bloody.

But deep down, if we really want to analyze the source of what’s bothering “us” – the source of that pain – this struggle to reconcile our beliefs is really about our sense of self-awareness of our own impotence. It is about the extent to which we fully grasp our state of utter powerlessness as a people, and as a regional collective. For at the end of the day, any Arab wanting to see an end to bloodshed in Syria deep down wishes the Arab world was strong enough and united enough to do it themselves.

Think of all the times an Arab League meeting has taken place with the region’s foreign ministers agreeing that any intervention should be an “Arab” intervention. Think of your instinctive and instant reaction, as an Arab, to that news. How you brushed it off so easily as being negligible; so fruitless that it didn’t even warrant a second thought, let alone a subject for debate. Remember every time the latest death toll has been dished out, and you shook your head in despair and wondered out loud about how this would end.

It’s an uneasy combination of depression, yearning, and helplessness. It is where melancholy meets impotence. On the surface, you realize this to be the reality of a region heavily divided. Whether it was divided by the British and French decades ago, or whether it was divided by Israel and a continued occupation, or by the US and its constant “interventions” in the region over the years, or by local dictators, or by religious leaders and organizations, or by, whatever…it matters not. It’s divided. In fact, the word “divided” usually suggests two halves; perhaps the word “fragmented” suits us better here, or maybe even the term “shot to hell”. Yes, we yearn for unity. We yearn for strength. We yearn to take pride in something – which is why some of us once cheered for Saddam’s scud missiles, or Hizballah’s Katyusha rockets. It was a momentary demonstration of strength that was long forgotten, and it gave us back something that was lost; that was stripped from us.

So to my fellow Arabs who are all sitting in the audience as the major players come on to the world stage to dictate Syria’s destiny, we should all recognize that there are very few outcomes in which this turns out well for the Arab world. We should all recognize that the most suitable solution, the one we most want, is also the one that demands the most sacrifice from the us.

For unless the Arab masses are prepared to stand up, come together, speak and demand their governments intervene as a united front, and they do because they fear accountability – then there’s nothing more to say. Everyone can just back down, stand idly by, keep quiet, and feel as impotent as ever. We need to recognize that. We need to recognize that at this point in our regional history we are so fragmented that none of us is willing to sacrifice what little security they have for the security of others who are under the gun.

Sure, we all play what little part we can. We donate money. Say a prayer. Maybe several prayers. Maybe help a refugee. Maybe one million refugees. But that’s as much as “we” can do while remaining strictly on the sidelines of the ongoing bloodbath. And we’ve done this so many times in the past 100 years that we’ve gotten quite used to it. Palestine, Iraq, Lebanon. How many times have we stood by and watched a tragedy unfold next door, on our TV screens?

It has gotten to the point where whenever I hear someone start a heated conversation about military intervention in Syria, my reaction is to simply suggest they remain quiet. People debating the pros and cons of a foreign military intervention in Syria, and turning red in the face arguing over why the US shouldn’t be allowed to infiltrate yet another Arab land, or how this will help Israel, or whatever – maybe shutting up is the best option. Because unless one is prepared to do something about it, then they seem to me to be nothing more than yet another passive Arab, watching yet another regional tragedy unfold while they pontificate from behind the safety of their TV screen. And maybe that person shouldn’t be entitled to an opinion that’s spoken out loud.

One Response to Melancholy Meets Impotence: Being An Arab In the Middle East