Lines on the Map ‘Irrelevant’ in Shifting Middle East Map 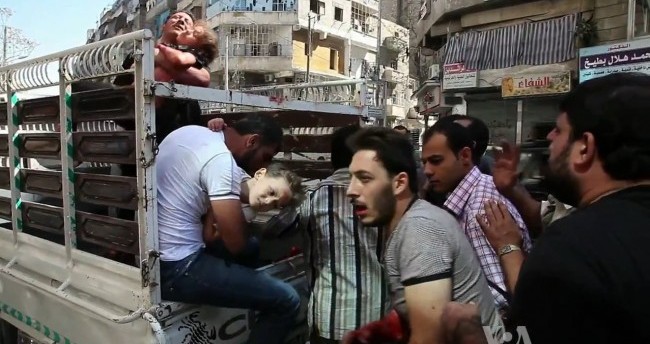 The warm waters of the Gulf look quiet from where I am sitting in Doha, but such tranquility hardly reflects the conflicts this region continues to generate. The euphoria of the so-called Arab Spring is long gone, but what remains is a region that is rich with resources and burdened with easily manipulated history that is in a state of reckless transition. No one can see what the future will look like, but the possibilities are ample, and possibly tragic.

In my many visits to the region, I have never encountered such a lack of clarity regarding the future, despite the fact that battle lines have been drawn like never before. Governments, intellectuals, sects and whole communities are lining up at both sides of many divides. This is taking place to various degrees everywhere in the Middle East, depending on the location of the conflict.

Some countries are directly engulfed in bloody and defining conflicts — revolutions gone astray, as in Egypt, or uprisings turned into most-destructive civil wars as in Syria. Conversely, those who are for now spared the agony of war, are very much involved in funding various war parties, transporting weapons, training fighters and leading media campaigns in support of one party against another. No such elusive concept as media objectivity exists anymore, not even in relative terms.

Yet in some instances, the lines are not drawn with any degree of certainty either. Within the ranks of Syria’s opposition to the Ba’ath regime in Damascus, the groups are too many to count, and their own alliances shift in ways that few in the media seem to notice or care to report. We arbitrarily write of an ‘opposition’, but in reality there are no truly unifying political or military platforms, whether it be the Supreme Military Council, the Syria National Council or the Syrian National Coalition.

In an interactive map, formulated by Al Jazeera mostly on what seems like wholesale conclusions, the military council “claims it commands about 900 groups and a total of at least 300,000 fighters.”

The claim of actual control over these groups can be easily contended, and there are numerous other groups that operate based on their own agendas, or unified under different military platforms with no allegiance to any political structure, not those in Istanbul or elsewhere.

It is easy however to associate perpetual conflict with the supposedly inherently violent Middle East. For nearly two decades, many warned that American military intervention in Iraq would eventually “destabilize” the entire region. The term “destabilize” was of course a relevant one, since Israel has done more than its fair share to destabilize several countries, occupy some and destroy others. But the prospects of political destabilization were much more ominous when the world’s most powerful country invested much of its might and financial resources to do the job.

In 1990-91, then again in 2003, and once more in 2006, Iraq was used as a giant field of experimentation for war, “state building” and US-provoked civil war. The region had never experienced such division to accommodate sectarian lines as it did then. The discourse that adjoined the US war was brazenly sectarian. They rearranged one of the most complex political landscapes in the world within a few weeks, based on a blueprint imagined by Washington-based ‘experts’ with little real life experience. Not only was Iraq torn into shreds, but it was remade repeatedly to accommodate America’s inept understanding of history.

Iraq continues to suffer, even after the US purportedly withdrew its military. Thousands have perished in Iraq in recent months, with victims labeled as members of one sect or another.

But the Iraqi ailment has now become a regional condition. And like the US when it invades sovereign countries and rearranges political borders, groups like the Islamic State of Iraq and Al-Sham (ISIS) operate wherever they find their calling with no respect for geographical borders.

Formed in Iraq in 2006 as a platform for various Jihadi groups like Al-Qaeda in Iraq, ISIS has been a powerful component of the savage war under way in Syria. The group seems to have little problem finding access and resources. Worse, in parts of Syria it actually operates a somewhat stable economy that gives it greater privilege than homegrown Syrian groups.

Such groups would have never existed in Iraq, or move with relative ease to other countries, if it had not been for the US invasion. They operate like private armies, divided into smaller bands of battle-hardened fighters that are capable of navigating their way through borders and taking control over entire communities. Al-Qaeda, once a barely known group 12-years-ago, has now become a stakeholder in the future of entire Middle Eastern countries.

For countries that are not undergoing the type of upheaval being experienced in Syria and Iraq, they however understand that it is too late to play the role of the spectator.

It is an all-out war in the making, and there is no time for neutrality.

Worrying predictions of the changing physical landscape of the region are well under way and few countries seem to be spared.

Robin Wright’s recent piece in the New York Times, “Imagining a Remapped Middle East” is a typical speculation made by American political and media elites about the Middle East. They applied it in earnest before and after the US invasion of Iraq, where they carved the Arab country into whatever amalgamation that suited US interests, in a typical divide and rule formula. This time however, the prospects are frighteningly serious and real. All the major players, even if ostensibly opposing one another, are in fact contributing to the plausible division. According to Wright, not only could countries become a few smaller ones, some of the carved territories could tie into the cut pieces of neighboring countries.

Even “city-states — oases of multiple identities like Baghdad, well-armed enclaves like Misurata, Libya’s third largest city, or homogeneous zones like Jabal Al-Druze in southern Syria — might make a comeback, even if technically inside countries,” he wrote. The accompanying info-graphic was entitled: “How 5 Countries Could Become 14.”

Whether such events will ever actualize, the prediction is itself telling of the undeniably shifting nature of conflict in the Middle East, where countries are now embroiled in war. The new battle lines are now sectarian, carrying symptoms of Iraq’s relentless civil war. In fact, the players are more or less the same, except that the ‘game’ has now been spread to exceed Iraq’s porous borders into much wider spaces where militants have the upper hand.