“Let’s Negotiate Division of Pizza While I Eat It” 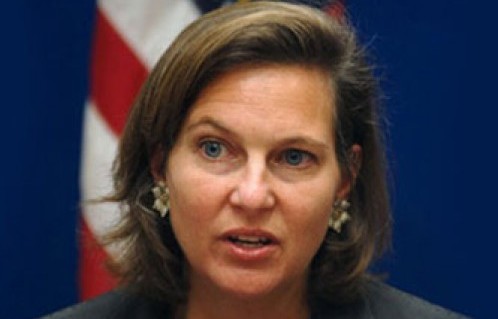 Just got this from yesterday ‘s State Department briefing. This is the very first question. And spokesperson Victoria Nuland tells the Palestinians to just lie down and accept another 1100 colonists usurping their land. This is why the Europeans are shocked by us and the Palestinians are outraged and Larry Derfner is writing, at 972, that Israel has lost America as an ally because it has crushed our credibility.

QUESTION: Can I ask you about the Israeli announcement of settlement expansion in East Jerusalem? Do you have a reaction to that announcement?

MS. NULAND: We do. You won’t be surprised that we are deeply disappointed by this morning’s announcement by the Government of Israel approving the construction of 1,001 housing units in East Jerusalem. We consider this counterproductive to our efforts to resume direct negotiations between the parties, and we have long urged both parties to avoid actions which could undermine trust, including in Jerusalem. And we’ll continue to work with the parties to try to resume direct negotiations.

MS. NULAND: Well, as I said, we consider it counterproductive. That doesn’t change the fact that we believe, the President believes, the Secretary believes that the best way – the only way, in fact – to get to two states living side by side in peace, in security, is through direct negotiations. So we will continue to try to use the days and weeks ahead to get there, and we are urging both parties to take advantage of the proposal that the Quartet put forward last Friday to come back to the table.