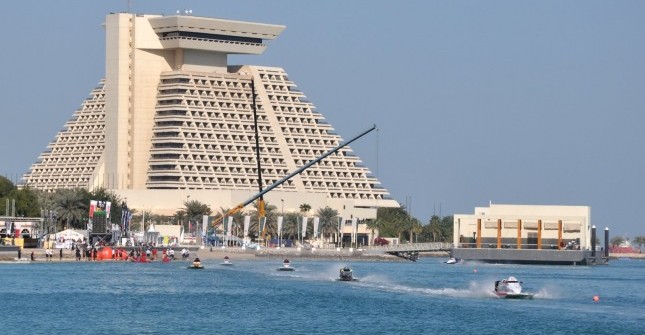 It is no secret that Qatar is not a democracy. While municipal officials have been elected since 1999, increasingly small popular participation in these elections reflects a widespread belief that the work of these officials is mostly insignificant. Indeed, the reality is that a small handful of people in Qatar make the majority of important decisions with relatively little external input.

The realm of foreign policy clearly exemplifies this kind of modus operandi. The Foreign Minister (who is also the Prime Minister) Hamad Bin Jassim Al Thani is the key decision maker. Although trusted key lieutenants, such as the Minister of State for Foreign Affairs, Dr Khalid Al Attiyah, also play an important role, all critical decisions must, as a matter of course, be sanctioned by the Emir or the Crown Prince.

While Qatar’s foreign policy is undertaken in the name of the Qatari people, it is unsurprising that there are no signs Qataris have ever really taken an active role in its formulation. Aside from perennial concerns with the Palestinian issue, the Foreign Minister does not pursue a given policy because of domestic opinion. Indeed, there is no evidence that Qatar’s foreign policy activism in recent decades is reflective of an approach, a whim, or an active desire among Qataris for their country to assume such a posture.

In fact, popular sentiment would appear to point in the opposite direction. Qatar is a small, conservative society and always has been. Until the 1990s, the state’s horizons were perennially limited to the region with brief forays into the greater international arena through involvement in international aid efforts, the non-aligned movement, and relations with non-regional countries as and when oil revenues permitted in the 1970s and 1980s.

Nevertheless, in recent decades, Qataris appear to be broadly content with their state’s foreign policy pursuits. Certainly there has been no active, widespread domestic movement denouncing Qatar’s various initiatives. Instead, there appears to be something of a tacit understanding that foreign policy should be left to the rulers.

Of course, this does not mean Qataris are uninterested in their country’s foreign policy positions. Indeed, as Qatar continues to receive regional criticism for its financial aid and investment activities from across the Arab world, especially Egypt, many Qataris are increasingly angry at what they see as a rude rebuff of their financial support. Equally some Qataris privately question the wisdom of spending so much money on foreign policy activities or, for example, the country’s decision to provocatively unseat Libya’s Muammar Gaddafi. Yet, still, the majority do not display a discernible desire to affect the country’s foreign policy positions.

While internationally Qatar’s leaders may get something of a free ride, domestically the story is quite different. Even though Qatar is not a democracy, democracies do not hold an exclusive prerogative on reflecting the desires of their people. Indeed, Qatari citizens can and do have a significant impact on domestic politics.

Qatar is a close-knit society with only 250,000 citizens. News, gossip, and anger spreads like wildfire throughQatar’s majlis (the informal, regular, social meetings held in the evenings by many Qataris). The elite – though inevitably moving in privileged circles – are keenly aware of how their policies are received by the people.

Qatar has no history of systematically repressing its citizens, nor would such a move be tolerated. Instead, when issues potentially affect and anger citizens, the government inevitably reacts, often times by slowing the pace of legislation.

A recent article in the New York Times neatly highlighted one example of this strategy. The article profiled the appalling state of migrant worker rights in Qatar. Qatar is but one of several Gulf states that has discussed reforming its draconian kafala system for controlling workers in the country. Since at least 2010 reforms have been under consideration, recognising the need to make the system more equitable and to establish laws and procedures to stop widespread abuses that characterize the kafala system.

These efforts to open up and safeguard the system for workers have been blocked by domestic business entities in Qatar. Just as happened in Kuwait, both the local Chamber of Commerce and Qatari citizens, 95% of whom have a housemaid and over 50% of whom have more than two domestic servants, oppose the reforms.

The Times article quotes research undertaken by Qatar University’s Social and Economic Survey Research Institute finding that 9 out of 10 Qataris do not want the kafala system changed and 30% want it strengthened. With some understatement, Qatar’s Minister of Labor noted that while he recognised the need for change, it “must go slowly.”

There are other examples of direct government responses to public pressure, notably in the social and educational sphere. In 2012, for instance, the government issued a decree changing the language of instruction in several courses at Qatar University from English to Arabic. That this change went against Qatar’s national strategy, which prioritized the development of an English-speaking workforce to compete in the future economy, was ignored. Given the lack of suitable and relevant Arabic-language texts for these subject matters, the legislation also did not take into consideration that challenges to meaningfully implementing Arabic-based courses.

As the number of expats has increased and Qataris have become even more of a minority in their homeland, there has been an inevitable dilution in the traditional aspects of Qatari life. This process has been further exacerbated by Qatar’s headlong pursuit of international trade. As a result, popular desire to ring-fence certain aspects of Qatari culture and education are unsurprising. Indeed, it can be seen in the most curious of places, including a law signed into effect in 2011 to mandate that Arabic be the primary language for advertising on billboards in Qatar.

This leaves Qatar’s Shura Council elections (literally an ‘Advisory’ Council, which technically serves as a legislative body), scheduled for 2013 in a curious place. Assuming that elections go forward (quite the assumption given that they have been pushed back on several occasions) the thirty elected Shura members will join the Council’s fifteen members who are appointed by the Emir. Undoubtedly, their priorities will center on Qatar’s domestic arena. Money spent building the campuses of eight foreign universities as a part of Qatar’s Education City project, as well as on-going costs associated with their upkeep, will doubtless be a focus of discussion. Equally, controversial educational reforms to Qatar’s primary and secondary education system, led by the RAND corporation, are still a sore topic as are a variety of other matters that reflect attempts to preserve Qatari heritage and culture in an ever changing country.

Given the population’s traditionalist tendencies and the progressive policies supported by the Qatari elite, it will be interesting to see how boisterous Qataris become once their representatives are officially elected to the legislative body. To pursue their vision for Qatar amid popular backlash, the elites will have to carefully marshal support for initiatives to drive Qatar forward and keep the country globally competitive.

It will also be interesting to see if the Qatari elite can continue to dominate foreign affairs without any challenge from the population. While some elected officials are likely to become more vociferous, current trends suggest that overall the international arena will remain almost exclusively under elite control.