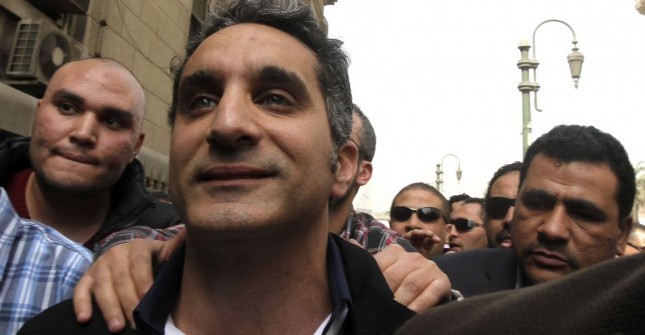 Bassem Youssef tells Christiane Amanpour about the 5-hour Kafkaesque interrogation he underwent after being summoned by the prosecutor-general. The humorless prosecutors essentially made a montage of his punch lines and asked him about each of them as though they were evidence of a crime!

Youssef vows to continue with his satire and with the same tone.

One problem here is that Egypt still has the same system, which recognizes political libel, that was used by the Mubarak regime to silence critics. Political libel is incompatible with democracy, since if you can’t criticize elected leaders then they are actually dictators.

This is in American terms sort of as though Dick Cheney had Jon Stewart subjected to extraordinary rendition and waterboarded for his satires of the Bush administration.