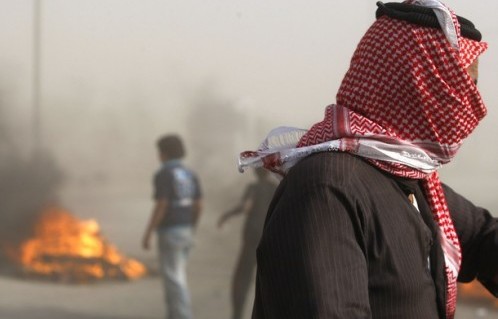 When it comes to reform, Jordan may fare better than some of its regional counterparts, but if you’re a Jordanian and you hold the country to a higher standard, state-driven reforms are nothing short but a triumph of mediocrity. Case in point, the municipal elections. In another bid to tell the world “hey! look, we’re holding elections! everything is fine here”, municipal elections have been announced, and slated for December 27th. What has changed since the last municipal elections? Very little.

– Women’s quota was raised by 20%, and to those who still believe that a women’s quota has the ability to shift cultural mindsets I would point you to the glaring lack of evidence presented over the span of 20 years. But that’s another argument for another day.

– Municipalities will now receive 8% of fuel tax revenues instead of the previous 6%, a measure that was also taken to fund newly establish municipalities. As some economists have already pointed out, this will likely increase prices at the gas pump, thus making the poor even poorer.

– The cabinet cannot sack mayors of municipal representatives; a decision that is now in the hands of the judiciary, which makes little difference given that the latter has yet to demonstrate its independence, especially from politicized cases and issues.

– The minimum educational requirement for mayors is a passing tawjihi grade, and it’s nice to see the bar being raised so high. On the other hand, the Amman city council is the only municipal level entity requiring a minimum of a bachelors degree. Go figure.

– Last but not least, if a district has more than 5,000 residents, they can request the formation of their own municipality and/or the emancipation from a larger municipality. This specific article has recently become the equivalent of opening pandora’s box.

Naturally, protests have continued now that people have become aware that the government is likely to cave should they take to the streets. Protests have been widespread, and predominantly tribal-driven. Yesterday, a town in south Amman rolled burning tires on to the airport road, with armed protesters shutting down the country’s main highway. Across town, another tribal-led armed protesters shut down the Amman-Azraq road, firing shots in to the air and even ended up injuring police. Similar road blockages have happened throughout the Kingdom in the past week, including Karak and Ajloun, where protesters have also threatened to boycott the election all together should their demands not be met.

The tribal element is quintessential. Generally, towns and districts in Jordan are dominated by specific tribes who make up the bulk of every respective town’s population. Tribes do not like to be governed by other tribes, and so tend to assert their autonomy in various ways. When the number of municipalities was drastically reduced through a national merging campaign a little under a decade ago, various districts, towns and cities found themselves under-represented. If a village is being governed by a municipal representative that lives two towns over, and belongs to another tribe, then they are likely to see little of the funding that is allocated to the municipality, which will favor the elected representative’s own locale. Some times it is indeed a matter of geography meets financial priorities, and in other cases, some have claimed that representatives play tribal favorites. Both are probably true. In essence, what is happening now is a calibration of local governance, with every tribe and town taking its share of the pie.

What makes this all worse is the fact that as the government moves to rapidly merge municipalities or create new ones in an outlandish attempt to approve more tribal declarations of independence, there will likely be new foul ups due to the fact that the applications will not be carefully studied. And naturally, this will lead to new protests from tribes who reject their new boundaries of governance.

There is perhaps some irony in the fact that by approving this simple amendment to the municipalities law, and by simultaneously insisting on holding elections as soon as possible without any form of genuine reform, or care for process – the government has dug an early grave for the elections. Even the ramifications of creating new municipalities while people are busy registering to vote is not clear.

These protests are not the typical so-called Arab Spring inspired variety demanding abstract paradigm shifts, such as an elected government. No, these protests are specific and on-the-nose; they are tribal-driven and target a specific policy that is being applied, which a great deal of people feel is unjust. No matter what one personally thinks, believes or feels with regards to these protests and the demands being made – they are, at the end of the day, undoubtedly a reflection of the fact that the government, system and process is broken. Even when it came to choosing a date for the elections the government seemed to forget that the tawjihi examinations start on the same day, and was forced to correct the mistake by postponing the exams (instead of the elections) in a demonstration of the left hand not knowing what the right hand is up to.

The push to hold these elections before the end of the year, come rain or shine, is indicative of a state that is focused more on getting a result (any result) rather than investing in the process, and doing things the right way. Even the country’s political opposition have called on the elections to be postponed until the right mechanisms are in place – so what’s the rush? Who are they looking to impress?

If anything, the government can turn this current mess into an opportunity and use it as a reason to postpone the elections by claiming that it needs to get the process right before it announces an actual date. Or, alternatively, it can stumble through these next few weeks, right over the cadaver of a shattered political process, and crawl to the finish line with the reform torch in its hand.