Jordanian Youth Are ‘Disengaged’ from Politics 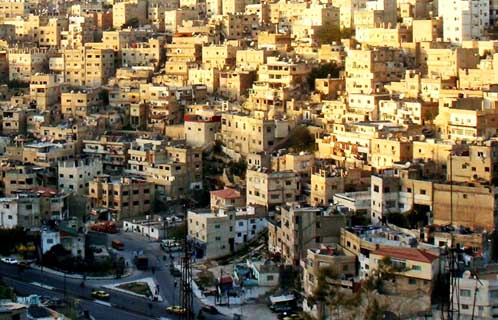 I admit, it has become increasingly difficult to read Jordan these days. Even if you live here the mood of the street shifts subtly from day to day. The excitement over the revolution in Egypt has quieted down, but is far from dead. Very far. There is no doubt that Egypt is proving what every Arab in the Middle East knows: it is the country at the center of it all. And what happens in Egypt, usually doesn’t stay in Egypt.

This is not to say there should be any expectation of an Egyptian exported revolution to the Kingdom, but it is a country that has a massive impact in the region. From the stock market that has reported losses of over $850 million (part of a larger $50 billion region-wide) to the Egypt-Jordan natural gas pipeline being set ablaze, an event which is said to be costing the Kingdom roughly $4 million a day. Electricity in some parts of Amman is already being impacted as lights begin to flicker here and there.

The impact of these events can largely be divided into long term and short term time frames.

In the long term 20-something year olds in Jordan, who help make up the bulk of the overall population, are watching events in Egypt with some amazement, and I include myself in that group. It matters not the demographics or the socio-economic background; if you live here, you’re likely transfixed by Tahrir square as if it were stuntman about to jump the Nile on his motorbike. But just like any dangerous TV stunt, there is always the disclaimer: don’t try this at home, kids.

And this is perhaps the sentiment here. These events are happening in Egypt – not Jordan. The context here is very different and people recognize that. However, the impact of the Egyptian revolution on the psyche of Jordan’s young population will be of long-term significance in the Kingdom, and one can only hope that the State begins to realize it is now faced with a new regional reality that did not exist a month ago: precedent. In fact, two of them.

However, unlike Egypt and Tunisia, the protests that took place in Jordan in the past few weeks, most of which have died down now, were not led by the youth but rather by much older segments. Even in the few protests where I actually saw young people, typically in Amman, they were not playing the starring role we’re seeing youth play out in Egypt or Tunisia. Supporting roles at best, and often times completely absent in towns like Karak or Irbid.

While they are part of the educated but unemployed group, it is a whole other generation that is out there making demands. This older crowd finds its origins in various entities, parties, interest groups and unions, most of which the depoliticized youth population generally do not belong to or care to associate with. I’d argue that had the youth genuinely partaken in these recent protests, we would have seen them last a lot longer, and triple in numbers. And so naturally I wonder, with all this in mind: if Tunisia wasn’t enough to do it, will Egypt be the spark for the youth in this country?

Much of the older generation that took to the streets in places like Karak or Ma’an – areas of traditional key support to the Monarchy – are a constituency of people who rely on a flawed system. They want to see that system maintained. It is one they’ve long benefited from and their demands for political change is not synonymous with political reform. They are looking for greater tribal representation that can assure their beneficiary system remains in tact. They need to be provided with alternatives. At the end of the day it’s not about the freedom of speech for them – it’s about the number of bills in their wallets. The only time freedom of speech seems to be demanded by this group is when they want it to complain about how little money they have, and how few alternatives are available.

And that seems to be the key word when it comes to answering the question of “what comes next?”. Alternatives.

The opposition parties have none. Whether it is the Islamists or others – their demands are designed largely to solidify their base, which has been fractured in recent years under shaky party leadership as well as political exile. They are no different from other political parties who do not seem to have an actual set agenda of policies that need to be in place in order to bring about change. If free elections were to happen tomorrow and the ruling party were to govern, we would be more lost than we are now. And I get the sense that more or less, most Jordanians are aware of this. While the status quo is far from cherished, its alternative is recognized as not being any better.

Then there’s the short term.

The state is in crisis-management mode. Putting out fires left, right and far right. And in the midst of this politicking frenzy, there is a struggle to remain one step ahead of the game and anticipate. For the next few weeks, the government will be focused on catering to disgruntled groups – from teachers and veterans to political parties and unions. Many promises will be made; some demands will be met. Appeasement is a natural part of crisis management in this country.

The main concern however is whether the urgent will crowd out the important. Whether in the midst of managing the crises the state forgets what caused it in the first place.

The state clearly needs to start introducing genuine reforms and better governance. The Bakhit government has already been very quick to act, and has sent signals of what’s to come. From meeting with the Islamists and even offering them cabinet positions in his government, which they unfortunately turned down, to promising an amended election law, and lifting restrictions on freedom of assembly. One can only hope that these moves are both genuine and on the path towards realization. I can remember when Bakhit was last appointed soon after the Amman bombings of 2005 and there were initial promises of a “Freedom Square” akin to ‘Speaker’s Corner’ in London’s Hyde Park. We never saw that come to be.

The country’s population cannot stand any more window-dressing of freedoms and reforms that have been promised for over a decade now. There’s no more room for window-dressing – that card cannot be played anymore. The State needs to pay very careful attention to the new realities unfolding on the Arab street. The same old puppet show of the past will not play well with a generation that is older, wiser and increasingly frustrated with a lack of opportunities and a lack of alternatives. While the state does not yet have a youth problem in the short-run, it needs to think long-run – especially in this new regional context. There is a new generation emerging with a different set of expectations and like the 20-somethings on the streets of Cairo, this generation will not be settling for anything less.