Jordanian Parliament: The End Should Be Nigh 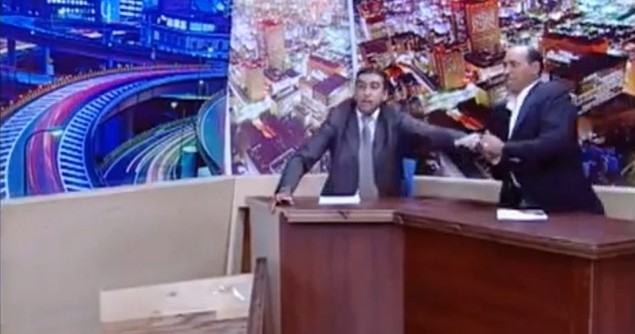 There are no words I can conjure to appropriately describe my lack of enthusiasm for our parliament and its members. A chamber that is filled with people who have bribed their way in, bought their way in, that out number any minority of half decent political representation. In the past few months, we’ve seen time and again why our parliament is growing increasingly irrelevant – from the endless tirades of the state security stooge Yahya Saud, to this lovely gem who took out his gun during a live broadcast and single handedly elevated parliament from the status of “embarrassing” to, simply put, “tragic”. Top this with a legislative record that borders on the moronic and here is a body of people who are deciding and “discussing” on some of the most important pieces of legislation in this country’s history.

Unless there is a vested interest by the state in having this parliament continue to suck oxygen at the tax payer’s expense then it should go. No scapegoat is worth the cost we’re being forced to pay.