Jets Pound Aleppo: It All Smacks of Desperation 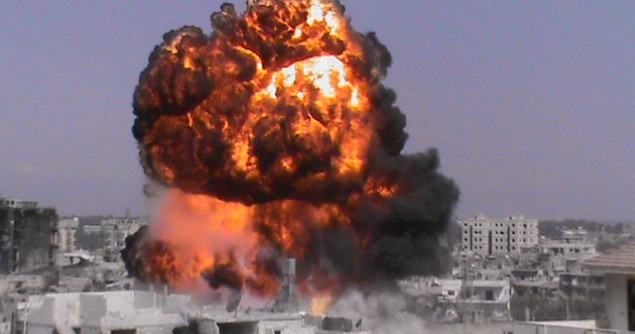 Syrian fighter jets have bombed Aleppo, according to the BBC’s Ian Pannell.

This is possibly the first time jets have been used in this conflict (although this is disputed, with some saying they were used in Rastan).

Using jets stinks of desperation, and shows just how hard the regime is having to fight to keep hold of Syria’s two biggest cities, Aleppo and Damascus.

It is a desperate move, because it is so flagrant. When the army sends in plain-clothed thugs to massacre women and children in their own homes, it can blame the opposition. When regular soldiers kill civilians in cold blood, it can accuse rebels of donning army uniforms. But when Syrian jets are in the skies, it has no-one to blame but itself. I wonder how Russia Today will report this.

It is also desperate, because it risks losing pilots and planes. It’s hard for a soldier on the battlefield to go AWOL. It’s a different story when you are at the controls of a plane that can fly at 1,000MPH.

The Syrian regime is bringing out the big guns. For Bashar, it really has got that bad.

One Response to Jets Pound Aleppo: It All Smacks of Desperation