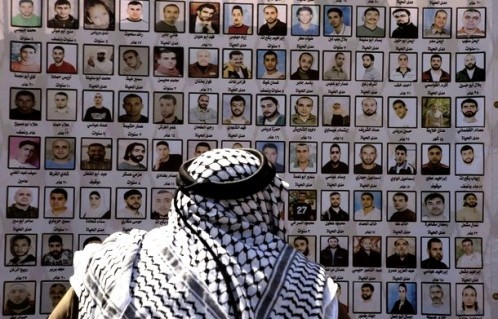 While the release of Gilad Shalit, the Israeli soldier held by Hamas for the past five years, elicited effusive celebrations in Israel, as was expected, it also buttressed a deeply ingrained racism in Israeli society towards Arabs.

Israelis are wallowing in the conviction that the prisoner exchange, in which Sgt Shalit was returned for more than 1,000 Palestinian security prisoners, proves Jews value life more than Arabs. Positing an Arab culture of “primitivism and barbarity”, a commentator at Ynet, Israel’s most popular website, boasted: “We lost the sadism contest by knock-out.”

A figure much cited in the Israeli media is that, in 54 years of prisoner swaps, Israel has released 13,509 “terrorists” in return for the release of 16 soldiers, an average of nearly 850 Arabs for each Israeli.

As Israel agreed the terms of the swap last week, Prime Minister Benjamin Netanyahu ascribed the asymmetry in numbers to the ethical teachings of Judaism. “The nation of Israel is a unique people,” he told the cabinet.

This conceit has blinded Israelis to the reality that, if anyone is responsible for the cheapening of Palestinian and Arab life, it is Israel itself, not the holy texts of Islam or Arab culture.

According to official Palestinian figures, at least 650,000 Palestinians have passed through Israeli prisons since the occupation began in 1967. Prison is a rite of passage for many Palestinian men, who can be detained at a checkpoint on the whim of a teenage soldier and jailed for months or years without evidence.

But Israel has most explicitly devalued Arab life in the differentials it has been careful to maintain in the deaths and injuries its forces inflict and are prepared to sustain during conflict – Israel’s famous “deterrence”.

According to the Israeli human rights group B’Tselem, nearly 6,500 Palestinians have been killed by Israeli soldiers and settlers since the outbreak of the second intifada in 2000, compared with 506 Israeli fatalities. And Israel increased that imbalance more than tenfold during its attack on Gaza in winter 2008, when 1,400 Palestinians were killed as opposed to nine Israelis.

As Sgt Shalit made his way back to Israel, Hamas leaders warned that they were preparing to capture other soldiers unless Israel began releasing more of the many thousands of Palestinians remaining in jail.

A response came quickly from the Israeli army’s former chief rabbi, Avichai Rontsky, the spiritual guide until last year to tens of thousands of recruits. He proposed that Israel stop arresting Palestinians and execute them instead. Quoting scriptures as justification, he said Palestinian suspects should be “killed while sleeping at home”.

Gideon Saar, the education minister and hawkish ally of the prime minister, spoke for many this week as he articulated the myth of an Israeli moral superiority. The oath soldiers made to the army was not one-sided, he said. “Each soldier who embarks on a mission knows that if, heaven forbid, he is injured, he will not be abandoned by his friends, who, in the spirit of the IDF, would risk their lives to save him.”

But the surprising and inconvenient truth is that official Israeli institutions, including its army, value the lives of Jewish Israelis no more than they do Palestinians – except insofar as it is necessary to keep public opinion onside and the ranks of the conscript army filled.

Amid all the self-congratulation, it was easy to overlook the army’s view of the Shalit deal. Its commanders were not only downcast, but, it seems, determined to use drastic military means to ensure there was not a repeat of the event.

Not least, they appear to be reviving the so-called “Hannibal procedure”, the Israeli army’s dirtiest secret. The directive, issued in the late 1980s, requires Israeli soldiers to use whatever means are necessary to stop their comrades from being captured, including shooting them dead.

The procedure was supposedly ended in 2003, after its existence came to light inadvertently when a media report slipped past the military censor.

But few observers believe it was ever rescinded in practice. The circumstances in which two Israeli soldiers died following their capture by Hizbollah in 2006, triggering that year’s Lebanon war, have never been satisfactorily explained. The Israeli army gave chase into Lebanon and, it seems, the soldiers were fatally injured in the subsequent exchange of fire.

And in late 2009, an Israeli civilian, apparently mentally unbalanced and hoping to free Sgt Shalit, was shot dead as he tried to flee into Gaza – an action several military correspondents initially referred to as the Hannibal procedure.

Now, in the wake of Sgt Shalit’s release, an army commander suggested that the procedure was firmly back in use. He told Haaretz newspaper that soldiers were under strict orders “to fire at a group of abductors even if that means their IDF comrade would be killed. And the soldiers understand this fully: they cannot become another Gilad Shalit”.

The reality Israelis would do well to remember is that war and occupation always cheapen life – of friends and foe alike. More important still, Israelis need to understand as they welcome back Sgt Shalit that it is their belief in their tribal superiority that continues to stoke the fires of conflict.