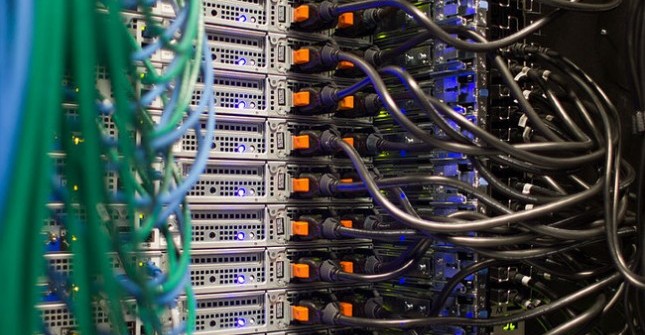 A little known footnote to the brewing PRISM scandal, in which the NSA has for years harvested Americans’ personal data via eight of the largest social media and technology companies in the world, involves special technology developed by two Israeli companies founded by veterans of the IDF’s cyber-warfare Unit 8200:

If America’s tech giants didn’t ‘participate knowingly’ in the dragnet of electronic communication, how does the NSA get all of their data?

Verint and Narus created programs which offered the NSA backdoors to all the major U.S. telecommuications and technology companies including Facebook, Microsoft, Google.  That’s how the companies could deny that they explicitly knew or approved of PRISM’s harvesting their data:

Both Verint and Narus were founded in Israel in the 1990s. Both provide monitoring and intercept capabilities to service providers and government organizations, promoting claims that their equipment can access and retain large amounts of information on a vast number of targets.

From Robert Poe of Wired:

Narus’ product, the Semantic Traffic Analyzer, is a software application that runs on standard IBM or Dell servers using the Linux operating system. It’s renowned within certain circles for its ability to inspect traffic in real time on high-bandwidth pipes, identifying packets of interest as they race by at up to 10 Gbps.

With a telecom wiretap the NSA only needs companies like Microsoft, Google, and Apple to passively participate while the agency to intercepts, stores, and analyzes their communication data. The indirect nature of the agreement would provide tech giants with plausible deniability.

And having a foreign contractor bug the telecom grid would mean that the NSA gained access to most of the domestic traffic flowing through the U.S. without technically doing it themselves.

This would provide the NSA, whose official mission is to spy on foreign communications, with plausible deniability regarding domestic snooping.

Thus, the arrangement is nifty for all those involved…except for those Americans who are victims of this intelligence shell game.

Let’s now get to Unit 8200 and its role: this IDF entity is responsible for Israel’s cyber-warfare capability. It developed Stuxnet and Flame along with its colleagues in the NSA, who also shared “credit.” Unit 8200 veterans have founded numerous start-ups that commercialize their military applications for security use by companies, intelligence agencies, and entire nations:

In 2007 a former commander of the highly secret Unit 8200 (i.e. Israel’s NSA) told Forbes that the technology of Comverse (i.e. the company that owns Verint) is based on Unit 8200 technology.

One of the founders of Verint, Jacob “Kobi” Alexander, is a former Israeli intelligence officer. [ed., this portrait of Alexander’s alleged bank and stock fraud, which led him to seek refuge in Namibia, is instructive]

A co-founder and former chairmen [sic] of Narus, Ori Cohen, told Fortune in 2001 that his partners have done technology work for Israeli intelligence.

In 2011 another former chief of Unit 8200 acknowledged to the Israeli paper Haartez that high-tech firms around the world employ both Unit 8200 equipment and its veteran personnel.

From Bamford Wired (emphasis ours):

“Cautious estimates indicate that in the past few years… Unit 8200 veterans have set up some 30 to 40 high-tech companies, including 5 to 10 that were floated on Wall Street.” Referred to only as “Brigadier General B,” he added, “This correlation between serving in the intelligence Unit 8200 and starting successful high-tech companies is not coincidental: Many of the technologies in use around the world and developed in Israel were originally military technologies and were developed and improved by Unit veterans.”

Unfortunately, when it comes to riding roughshod over the rights of citizens, when it comes to developing and maintaining the national security state, it seems the IDF and its veterans are right in the thick of it. If the NSA ever needed any lessons taught, it had only to turn to Israeli cyber-warriors who’ve been given carte blanche in the war on terror to do whatever it takes to fight the “enemy,” whoever that may be.

The IDF has brought us targeted killings via drone and many other methods.  Another Unit 8200 veteran created the financial services company Payoneer, whose bank-card product was used by the Mossad Dubai assassins who murdered Mahmoud al-Mabouh.

Now they bring us the means to spy on our own citizens without leaving any fingerprints.  How convenient both for the NSA and companies involved.  They don’t do anything, at least not actively.  They are merely passive receptors for the dirty work done for them by our Israeli friends at Narus and Verint.

To which I say: if you want a society like Israel’s obsessed with national security and willing to pay any price for it, then don’t object to PRISM or the wholesale harvesting of virtually everything personal you might have (except your thoughts, which they haven’t figured out how to harvest yet).  If this is not your vision of what society should be, then yell your head off.