Israeli Elections: Time To Get Hamas ‘Bogeyman’ Out 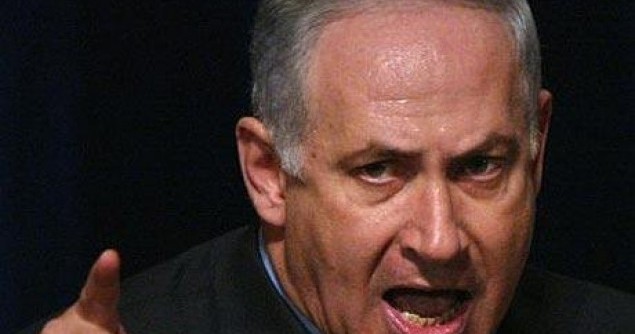 Israel has embarked, with its Gaza attack, on the all-too-well-known elections routine. Before the 2009 elections, the defense minister, Ehud Barak, who then led the Labor party, saw his party performing poorly in the national polls. Ehud Olmert, who was the prime minister, needed some public support as well, and the two launched operation “Cast Lead.” It was during Hannukah, and the chosen name provoked famous holiday children song, and an awful name of a vastly used material (lead).

With the 2013 elections just months away, Barak sees polls for his now rapidly vanishing party sending him to early retirement, and just like in Hanukkah 2008, Israel decided to break a ceasefire and assassin the Hamas senior military persona, Ahmad Jaberi. Hamas, as expected, responded with firing rockets on Israel’s southern regions, and to the great satisfaction of both Hamas and Israel, a full-scale war is being evolved.

Netanyahu knows his constituency very well. He knows that the way to ensure his victory in the upcoming elections will be by diverting the public discourse from demands of social justice to existential threats imposed on Israel by the bogeyman- Hamas, And the cost of imperiling a third of Israel’s population seems reasonable enough for him. When virtually no opposition seen in miles, Netanyahu cemented his dreadful leadership for the next four years. It is not that Netanyahu faced a serious challenge in the Israeli political arena.

A short time ago Netanyahu’s Likud party merged with Avigdor Lieberman’s “Israel Our House” extreme right party, creating the Knesset’s biggest party. Across from them one should hope to see a vital opposition fighting for the votes of the public, especially against a government that failed to deliver social reforms, contributed to growing sectarianism, invested heavily in the occupied territories, and persecuted African shelter-seeking refugees.

Alas, one would find a line of the alleged opposition party leaders waiting for their turn to pair with Netanyahu after the elections, and struggling only on the seniority in his next cabinet. Shelly Yehimovich, Labor party leader announced last week that blaming the Labor for being a leftist party is misleading at best. The critical reader would probably agree, but for the first time a Labor leader makes it clear that this party poses no alternative. Moreover, after the military operation started, Yehimovich rushed in to congratulate Netanyahu for the operation, and backed up the government in this fight. The only protest from within the Zionist camp was voiced by the small leftist “MERETZ” party, left alone to condemn this escalation.

Israel’s leadership has proven once again that fear production is the best way to secure the public support. It is much easier to disseminate, cheaper and far less demanding than social and economic reforms, and of course, self perpetuating, thus much more sustainable than hope, for say.

Lior Sternfeld is pursuing a Ph.D. in History at the University of Texas, Austin.