Israel Hearts Qatar. Not. The Love-In’s Over. 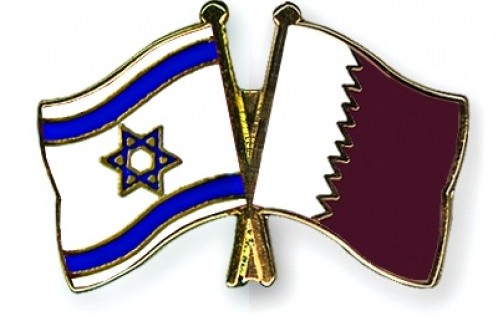 Jordan Times, Lebanon’s The Daily Star and AlJazeera’s Qatar live blog are all reporting on an article from Maariv announcing:

Israel is angry with Qatar….The decision to end ties was taken by the highest echelons of the ministry, with the involvement of Foreign Minister Avigdor Lieberman, Maariv said.

Nothing in the western press thus far. (update: Elliot Abrams breaks it here)

All of the stories open by repeating Israel’s claim the decision reflects Qatar’s close relationship with Hamas. And then there’s this:

Israel is also angry at Doha on account of the legal and political aid it is providing to the Palestinians ahead of their bid to seek UN membership in September – help provided by Qatar in its role as chair of the Arab League’s monitoring committee, Maariv said.

The ministry’s report claims that Qatar has been “significantly involved” in pushing the Palestinians to seek statehood in September and the legal preparations towards that.

“We have decided to take off the gloves in light of Qatar’s widespread and ongoing anti-Israeli activity,” a senior official told the paper.

“Qatar is currently leading the activity against Israel on the international front, and we cannot continue to behave towards it as if normal relations still existed.”

The Israeli Foreign Ministry, claimed Maariv, has outlined the steps it has taken against the tiny state. Over the past few months, for example, the government in Tel Aviv has sought to suppress every regional initiative promoted by Qatar and stopped several Qatar-funded projects in Israel and the occupied Palestinian Territories. More seriously, perhaps, Israel has also decided to close its diplomatic mission in Doha and ban Qatari officials from entering Israel and the occupied Palestinian Territories.