‘Isolated and Abandoned’: Morocco’s Islamists On the Ropes 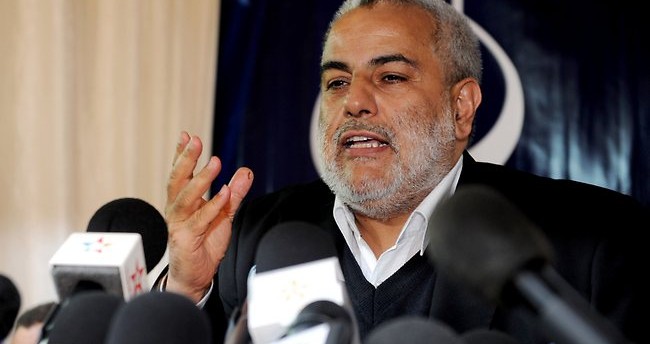 Guillaume Klein writing for AFP says that less than two years after sweeping to power, Morocco’s ruling Islamists look increasingly isolated, abandoned by their main coalition ally, criticised by the king and with similar movements challenged.

The Party of Justice and Development shot to power for the first time after triumphing in 2011 parliamentary polls that followed the Arab Spring protests sweeping the country, bringing hopes of change.But the party’s leader, Prime Minister Abdelilah Benkirane, has struggled to end a political crisis triggered by the nationalist Istiqlal Party’s withdrawal from the coalition last month.

“There are many indications that the fall of the government is only a question of time,” said the Arabic daily Akhbar al-Youm. While Istiqlal had made its intentions known as far back as May, accusing the PJD of failing to shore up the economy and solve pressing social problems, the crisis became a reality when five of its ministers resigned in July.

Benkirane has since been locked in negotiations to replace them and avoid early elections, notably with the National Rally of Independents, a party that opposed the government programme adopted last year, making it an awkward ally for the Islamists. “Politics is the art of the possible, and our conflict with this party could not last forever,” Benkirane told young members of the PJD on Sunday, asking that they support his decisions.

A source close to the negotiations said they could be concluded by mid-September.

Communications minister and PJD stalwart Mustapha Khalfi insists the political crisis has not undermined the government’s programme.But the Islamist-led coalition has faced a barrage of criticism, especially for failing to push through much-needed social reforms, notably on costly pensions and subsidies, and to fix its ailing public finances.

Charges against the PJD echo criticism of other Islamist movements in the region empowered by Arab Spring uprisings, notably Egypt’s Muslim Brotherhood, whose Mohamed Morsi was deposed as president in a military coup last month, and Tunisia’s Ennahda party.