Is it the Right Time For a New Bahraini Flag? 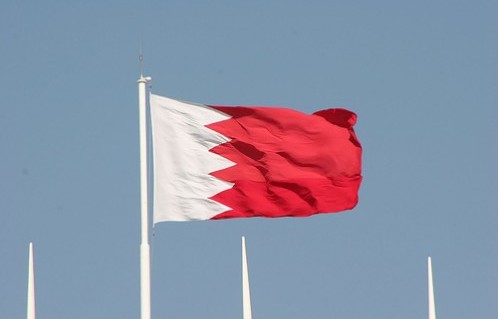 The other day I received an intriguing email from an acquaintance who is a graphic designer. Like me, she has a great affection for Bahrain. Unlike me, she thinks a lot about images and symbols. I tend to think in words rather than pictures, so I find it refreshing to get a perspective from a mind that has different wiring from my own.

National flags are touchy subjects. Nowhere more so than in the United States, where abuse of the national flag is tantamount to secular sacrilege – if you will forgive the contradiction in terms. So my acquaintance is naturally a little hesitant at suggesting a new flag for Bahrain at such a sensitive time.

But new national flags can be powerful symbols of new beginnings – as was the case when South Africa changed its flag at the dawn of post-apartheid era.  So at some stage, perhaps Bahrain will look at rebranding itself in the most powerful way possible – with a new flag.

Here’s what she wrote. For me one particularly interesting aspect is the history of the Bahrain flag – something I knew little about:

National flags are potent patriotic symbols. The Bahrain flag is a much loved national institution that has emerged one of the unsung victims of the recent unrest, and that symbolism has now taken on a complex  face.

Way back in time it was a simple red cloth, the white strip was added to mark the Trucial agreement between Britain and Bahrain in the early 1800’s. In 1932, a serrated edge was added to distinguish the flag of Bahrain from those of its neighbours.

The flag originally had twenty-eight white points, but this was reduced to eight in 1972. In 2002 the number was again reduced to five, so that each of the points could stand for one of the Five Pillars of Islam. Of course there is another story much older that says the colour of the Bahrain flag originally symbolised the red cloth pearls where kept safe in, Bahrain being the pearl and the red being blood lost protecting it and its natural wealth.

In light of circumstances and the fact that the Bahrain flag is very much a symbol of government, and also that Bahrain’s neighbour, Qatar, shares an almost identical flag, I wonder if it isn’t a good point in time to consider the possibility of Bahrain having a new flag to symbolise and encourage new ways of thinking, acting and being and define Bahrain for future generations?

As a graphic designer I understand the subliminal strength and power of the colour red. To me it represents no less than 13 concepts; sin, guilt, pain, passion, blood, anger and hate, courage and sacrifice, warning, danger, emergency and alarm. But what about love, with red oozing from every card shop on Valentine’s Day, red too is the colour of love, except when there isn’t much of it about. White, however, is the colour of peace, good, harmony, tranquillity, purity, cleanliness, healing, and honesty.

Many a sportsman in the old days would wear white or predominantly white, it was a subliminal message that “I may beat you in this game but I do it in the spirit of goodwill, peace and friendship i.e. good sportsmanship”, so we wonder nowadays why sports have become more violent and sportsmen in need of anger management. The world is hotting up and with so much red around and the anger and passion it produces, not to mention the other things on the symbolic list, isn’t it time for a little cooling, peace- making white?

Dare I propose a new Bahraini flag?  A new flag would act as a reminder to all sides of their role in the making of a new kind of peace in Bahrain.

The internationally recognized symbol for peace was originally designed for the British nuclear disarmament movement by Gerald Holtom in 1958. The symbol is a combination of the semaphore signals for the letters “N” and “D,” standing for “nuclear disarmament”, so although it has come to stand for peace to much of the world, it doesn’t actually mean peace.

Nicholas Roerich (1874–1947) on the other hand, the founder of a movement to protect cultural artefacts, designed a lesser known symbol using a maroon on white emblem consisting of three solid circles in a surrounding circle which has been used as a peace banner in times of both peace and war to protect historic monuments, museums, scientific, artistic, educational and cultural institutions. According to the Roerich Museum:

”The Banner of Peace symbol has ancient origins. Perhaps its earliest known example appears on Stone Age amulets: three dots, without the enclosing circle. Roerich came across numerous later examples in various parts of the world, and knew that it represented a deep and sophisticated understanding of the triune nature of existence.

But for the purposes of the Banner and the Pact, Roerich described the circle as representing the totality of culture, with the three dots being Art, Science, and Religion, three of the most embracing of human cultural activities. He also described the circle as representing the eternity of time, encompassing the past, present, and future. The sacred origins of the symbol, as an illustration of the trinities fundamental to all religions, remain central to the meaning of the Pact and the Banner today.”

More than the red and white of the national flag, the most striking colour combinations I see all around me every day in Bahrain and throughout the Middle East is black and white. It is the ultimate combination of balance, pure and simple and that is what seemed to exist here in Bahrain once upon a time, so wouldn’t it be interesting to have a new flag for new times combining these elements?

Changing the national flag may seem at first impractical, as it now appears not least on so many car number plates, and unthinkable in terms of another symbol of national identity removed like the Pearl Monument, but many flags have evolved through the maturing experiences of nation building, hence the complexity of the Union Jack, which might, for better or worse, be the most widely recognised flag of union in the world.

Her point about the Union Jack is well made, although in my time there have been many attempts to associate it with extreme right-wing nationalism of the kind peddled by the British National Party. Many Brits identify more with the flags of the constituent parts of the union – England, Scotland, Wales and Northern Ireland.

Thought-provoking stuff. The current emphasis in Bahrain appears to be on continuity and security, so I’m not sure if  such a radical rebranding would be high on the national agenda until things have calmed down, and emotions are less raw. But although there could be many different opinions about the symbolism of colours for a new flag, her ideas are an interesting contribution to current thinking about the way forward for the country.