Iraq: The Deafening Sound of Silence on Syria 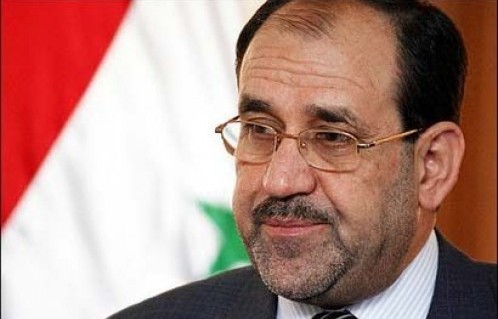 As Syria passed another bloody Friday of protests, Arab journalists and now the New York Times are noting that the Iraqi government of PM Nouri al-Maliki has declined to withdraw its ambassador from Damascus or to put any significant pressure on Syria with regard to the suppression of protests. The NYT speculates that Baghdad has succumbed to pressure from Iran, Syria’s chief ally and the broker of al-Maliki’s own parliamentary majority.

In contrast, Agence France Presse attributes the Shiite government’s reluctance to take a stand against Bashar al-Asad to fears that hard line Salafi Sunnis might come to power in Damascus if al-Asad falls, and to feelings of solidarity with a fellow Shiite (al-Asad belongs to the folk-Shiite Allawite sect, which differs substantially from the bookish Twelver Shiism of Iraq and Iran, but which is closer to them than it is to Sunnism).

Al-Maliki has called for reforms in Syria, and a foreign ministry official has urged the regime to compromise with protesters, careful to condemn violent dissidents as well as government crackdowns. But recently he has warned the protest movement against undermining the Syrian government.

In contrast to the Iraqi executive, the parliament has recently strongly deplored the government’s use of violence against protesters. Two major blocs in parliament, the Kurdistan Alliance and the Sunni-dominated Iraqiya Party, are not Shiite and have ties to protesters in Syria, whether Kurds or Sunni Arabs. The Speaker of parliament is a Sunni Arab from Mosul who has strongly condemned the Baath government’s repression.

For its part, Iran denies having pressured Iraq to support Syria with a grant of $10 billion.

Patrick Seale, one of our great experts on the region, explains how the Middle East region appears in turmoil or hostile from Baghdad’s point of view.

At a time when Secretary of State Hillary Clinton is calling on US allies to withdraw their ambassadors from Damascus and to impose trade sanctions on Syria, al-Maliki’s maverick political line is surely an embarrassment to Washington.