Wikileaks, The U.S. and the New Global Order 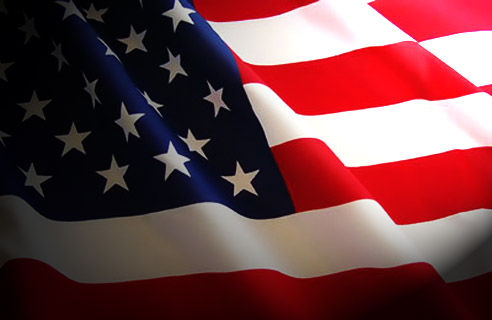 The Wikileaks disclosure this week of confidential cables from United States embassies has been debated chiefly in terms either of the damage to Washington’s reputation or of the questions it raises about national security and freedom of the press.

The headlines aside, most of the information so far revealed from the 250,000 documents is hardly earth-shattering, even if it often runs starkly counter to the official narrative of the US as the benevolent global policeman, trying to maintain order amid an often unruly rabble of underlings.

Is it really surprising that US officials appear to have been trying to spy on senior United Nations staff, and just about everyone else for that matter? Or that Israel has been lobbying strenuously for military action to be taken against Iran? Or even that Saudi Arabia feels threatened by an Iranian nuclear bomb? All of this was already largely understood; the leaks have simply provided official confirmation.

The new disclosures, however, do provide a useful insight, captured in the very ordinariness of the diplomatic correspondence, into Washington’s own sense of the limits on its global role — an insight that was far less apparent in the previous Wikileaks revelations on the US army’s wars in Afghanistan and Iraq.

Underlying the gossip and analysis sent back to Washington is an awareness from many US officials stationed abroad of quite how ineffective — and often counter-productive — much US foreign policy is.

While the most powerful nation on earth is again shown to be more than capable of throwing its weight around in bullying fashion, a cynical resignation nonetheless shines through many of the cables, an implicit recognition that even the top dog has to recognise its limits.

That is most starkly evident in the messages sent by the embassy in Pakistan, revealing the perception among local US officials that the country is largely impervious to US machinations and is in danger of falling entirely out the ambit of Washington’s influence.

In the cables sent from Tel Aviv, a similar fatalism reigns. The possibility that Israel might go it alone and attack Iran is contemplated as though it were an event Washington has no hope of preventing. US largesse of billions of dollars in annual aid and military assistance to Israel appears to confer zero leverage on its ally’s policies.

The same sense of US ineffectiveness is highlighted by the Wikileaks episode in another way. Once, in the pre-digital era, the most a whistleblower could hope to achieve was the disclosure of secret documents limited to his or her area of privileged access. Even then the affair could often be hushed up and make no lasting impact.

Now, however, it seems the contents of almost the entire system of US official communications is vulnerable to exposure. And anyone with a computer has a permanent and easily disseminated record of the evidence.

The impression of a world running out of American control has become a theme touching all our lives over the past decade.

The US invented and exported financial deregulation, promising it to be the epitome of the new capitalism that was going to offer the world economic salvation. The result is a banking crisis that now threatens to topple the very governments in Europe who are Washington’s closest allies.

As the contagion of bad debt spreads through the system, we are likely to see a growing destabilisation of the Washington order across the globe.

At the same time, the US army’s invasions in the Middle East are stretching its financial and military muscle to tearing point, defining for a modern audience the problem of imperial over-reach. Here too the upheaval is offering potent possibilities to those who wish to challenge the current order.

And then there is the biggest crisis facing Washington: of a gradually unfolding environmental catastrophe that has been caused chiefly by the same rush for world economic dominance that spawned the banking disaster.

The scale of this problem is overawing most scientists, and starting to register with the public, even if it is still barely acknowledged beyond platitudes by US officials.

The repercussions of ecological meltdown will be felt not just by polar bears and tribes living on islands. It will change the way we live — and whether we live — in ways that we cannot hope to foresee.

At work here is a set of global forces that the US, in its hubris, believed it could tame and dominate in its own cynical interests. By the early 1990s that arrogance manifested itself in the claim of the “end of history”: the world’s problems were about to be solved by US-sponsored corporate capitalism.

The new Wikileaks disclosures will help to dent those assumptions. If a small group of activists can embarrass the most powerful nation on earth, the world’s finite resources and its laws of nature promise a much harsher lesson.