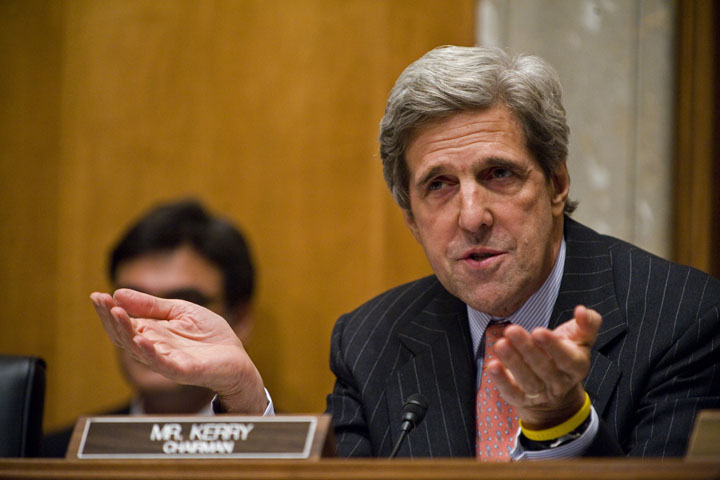 US SECRETARY of State John Kerry sought to position his endorsement of Egypt’s military coup as part of the Obama administration’s support for popular demands for change.

In doing so, Kerry lent support to the equally controversial notion of Morsi having been deposed by ‘popular impeachment’ – as put forward by Mona Ekram-Obeid, an Egyptian politician with close ties to the Mubarak regime and the military.

Kerry’s endorsement, willy-nilly, provided cover for the military which has justified its crackdown on the Muslim Brotherhood – involving the arrest of hundreds of Brothers, legal proceedings against leaders of the Brotherhood, closure of media associated with the group and the targeting of businesses believed to support it – as a fight against violence and terrorism. It is likely to be also exploited by regimes across the region who justify brutality by security forces and restrictions on freedoms as a ‘struggle against terrorism’.

The Brotherhood’s mass protest against the coup, continued demonstrations against Bahrain’s minority Sunni rulers despite a brutal crackdown two years ago, and intermittent minority Shiite protests in Saudi Arabia, have all been largely peaceful. The protests against Assad morphed into an insurgency and civil war only after the regime persistently responded brutally with military force. Yet, the rulers of Egypt, Bahrain, Saudi Arabia and Syria have denounced their own domestic opponents as ‘terrorists’.

To be sure, the crackdown on the Brotherhood in Egypt is making it more difficult for the group’s leadership to control its more militant fringe, sparking incidents of violence on both sides of the divide as well as a swelling insurgency in the Sinai.

In many ways, the redefinition of terrorism revives the notion of one man’s liberation fighter being another’s terrorist. It is designed to force domestic public opinion and the United States to choose between autocracy or illiberal democracy and the threat of terrorism. It is an echo of the argument used by ousted autocrats including Egypt’s Hosni Mubarak, Tunisia’s Zine El Abedeine Ben Ali and Yemen’s Ali Abdullah Saleh to justify their repressive policies.

Cover for crackdown on political dissent

The attempt at redefinition has allowed King Hamad to call on the Bahraini Parliament to enact 22 counter-terrorism recommendations it adopted last month that would ban many expressions of political dissent. The recommendations include revoking citizenship of those linked to terrorism; banning sit-ins, rallies, and public gatherings in the capital Manama; granting carte blanche to security forces; and prohibiting use of social media to organise protests. The implementation of the recommendations is likely to be put to the test on August 14 when opposition groups plan anti-government demonstrations.

The recommendations no doubt seek to exploit a sense of alarm among Bahrainis after a car bomb blast last month near a mosque in Manama, the most serious of a string of sporadic acts of political violence on the Gulf island. Bahraini officials lay the blame for the violence at Iran’s doorstep, which it accuses of fostering terrorism and interfering in the island’s domestic affairs. The criminalisation of political opposition is more likely to be a recipe for increased political
violence stemming from mounting frustration and despair.

Egypt has so far largely been spared political violence despite incidents in the Sinai desert which the military has sought to link to the Brotherhood without providing any evidence. Violence so far has involved security forces targeting pro-Morsi protesters. By the same token, the crackdown on the Brotherhood as well as the military-guided government’s vow to no longer tolerate the mass protests hardly lends credibility to assertions that the Brotherhood should drop its demand that Morsi be reinstated and take its rightful place in the political process.

US walking on thin ice

European, African and US mediators are seeking to mediate a compromise that allows the military and the Brotherhood to reach an accommodation without losing face. Kerry’s description of the coup as a ‘restoration of democracy’ may well have been a gesture to create the basis for such a compromise. His reference to popular support for the coup nonetheless puts the Obama administration on thin ice as cracks begin to appear among the opponents of the Brotherhood while supporters of the Brothers maintain their peaceful protests against the military intervention.

Already, prominent Egyptian opposition figures have voiced concern that support for the coup is leading to the restoration of significant pillars of the Mubarak-era autocracy and a dialogue of the deaf that promises a zero-sum-game approach to politics rather than pluralism.

Kerry’s endorsement of Morsi’s ouster is highly controversial as it marked a dramatic reversal in the US position of support for peaceful, democratic change as underscored clearly in President Obama’s January 2009 inaugural address. Obama had then warned autocrats across the globe: “To those who cling to power through corruption and deceit and the silencing of dissent, know that you are on the wrong side of history.”

Two years later, after popular uprisings had toppled the autocratic leaders of Egypt and Tunisia and were threatening the rulers of Bahrain, Libya, Yemen and Syria, Obama went a step further. He sought to put the US behind anti-government protests in the Middle East and North Africa while at the same time avoiding a rupture with the region’s autocrats.

“We cannot hesitate to stand squarely on the side of those who are reaching for their rights, knowing that their success will bring about a world that is more peaceful, more stable, and more just,” he said in a major Middle East policy speech. Obama’s policy in the Middle East and North Africa has been driven by a desire to live up to American ideals and put the US “on the right side of history” while at the same time protecting US national interests by avoiding a rupture with the region’s autocrats.

To maintain its tightrope act, the Obama administration will have to draw a clear distinction between peaceful, legitimate and democratic expression of dissent and terrorism. Failure to do so will increasingly, in public perception in the Middle East and North Africa, put it in the camp of those seeking to stymie political change.

One Response to Precarious Positioning: The U.S. and Mid East Freedom