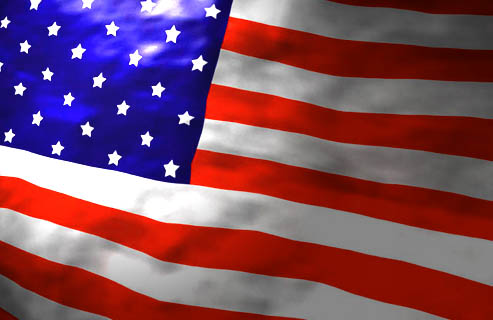 10. The new Republican majority in the House of Representatives will attempt to stampede Obama into keeping troops in Iraq, delaying any withdrawals from Afghanistan, and launching a military strike on Iran. Just last week, Rudy Giuliani, Fran Townsend, and other members of the Permanent War Party flew to Paris to lobby on behalf of the Iranian terrorist organization, the MEK (Mojahedin-e Khalq), which they want to use against Tehran the way Bush used Ahmad Chalabi against Iraq. Obama will have to be firmer with the GOP hawks than has been his wont if he is to prevent them from embroiling this country in a series of unwinnable and ruinous wars and police actions.

9. The US should avoid becoming involved in sectarian and tribal troubles in Yemen, a remote and rugged country where feuds are common and profits from the feuds rare. Wikileaks cables have already revealed that the US has engaged in drone strikes in that country and wants to use bombers, for which the president, Ali Abdullah Saleh, offered to take the credit.

8. Although so far the wikileaks revelations have been merely embarrassing, and have had few high-level repercussions, it is not impossible that they contain bombshells that might yet provoke major diplomatic crises and even high-level resignations or the fall of governments. Obama should develop contingency plans for such eventualities. At the same time, Obama should forbid the US government from acting pettily toward the released cables or trying to punish members of the public who read and use them. He should develop strategies for supporting a more open government and less secrecy (most of these cables did not even need to be classified). And, he should use diplomacy to resolve disputes caused by undiplomatic cable language.

7. The peace negotiations between Israel and the Palestine Authority have collapsed in mutual recriminations, with the Palestinians now set on a course of using diplomatic and United Nations pressure to punish Israel for aggressively colonizing the Palestinian West Bank. Hostilities could break out if the Palestinians unilaterally declare a state in summer of 2011, as they now plan to do. If that declaration has no practical consequences, and given the disappointment of the collapse of negotiations (about which the Netanyahu government was not very serious) , the inaction could provoke a third Intifada or uprising. Such a development could also lead to a renewal of fighting between Hamas in Gaza and Israel. Another wild card is Israeli Foreign Minister Avigdor Lieberman, who wants to find a way to strip Palestinian-Israelis of their citizenship, something they say they would resist. The measures the right wing Likud government would likely take to repress the Palestinians could inflame popular passions throughout the region and revive militant groups that had been in decline.

6. President Hamid Karzai of Afghanistan is acting increasingly erratically, accusing the US of being his country’s enemy and threatening to join the Taliban. His circle is also engaging in corruption on a vast scale, endangering the legitimacy of the government further after the irregularities in both the presidential and parliamentary elections. Obama’s counter-insurgency strategy in Afghanistan depends heavily on having a credible and reliable local partner, and it is increasingly unclear that Karzai could be so characterized. A rethink of counter-insurgency and a more modest counter-terrorism strategy might be the only way to deal with this threat.

5. As the US draws down its troops in Iraq, the danger of Kurdish-Arab violence over the disposition of oil-rich Kirkuk province and other Kurdish-majority areas in Arab Iraq will rise. The Iraqi Army, mostly Arab, has come into armed conflict with the Kurdish paramilitary, the Peshmerga, a development that was curbed through the institution of joint patrols with American troops, who act as a buffer. As the US military departs, the question of how the buffer will be maintained arises.

4. The Obama administration was successful in tightening the financial noose on Iran during 2010, but Iran could fight back like a cornered rat. On June 9, it succeeded in pushing through a United Nations Security Council tightening of sanctions. Just this week, India announced that it would cease allowing transfers of payments to Iran via the Asian Clearing Union system. But the sanctions won’t prevent India from buying Iranian petroleum, of which it imports about 400,000 barrels a day. With petroleum prices firming up as Asia and Germany come out of the economic doldrums, the Iranian state will have a large cushion against American pressure. The danger in the increased US pressure on Iran is that it will take revenge by sabotaging US grand strategy in the Middle East. Iran is already blocking fuel shipments to Afghanistan, which likely hurts NATO and the US as much as it hurts the Afghans. Iran could easily also play spoiler in Lebanon via its ally, the Hizbullah militia, and in Iraq as US troops draw down. Obama is engaged in a tightrope walk, and if he puts too much pressure on Iran, he could easily be pushed off.

3. Pakistan’s relative stability in 2009 was shaken in 2010 by a series of catastrophes on an almost biblical scale. The Pakistani army fought a series of fierce engagements in the Federally Administered Tribal Areas against the Tehrik-i Taliban Pakistan (Taliban Movement of Pakistan), but the latter have shown resiliency and have struck back with bombings against the officials and tribal elders who joined the government in fighting them. The TTP or other militants have also bombed a string of religious processions and sites all over the country, targeting Shiites, Sufi mystics, and members of the Ahmadiyya sect. In July through September, massive flooding put a fifth of the country under water, affecting 20 million of Pakistan’s 170 million people. The damage to Pakistan’s economy is incalculable, and the international community has made clear that it will only cover a small portion of the damage. Then, in just the past month, the government itself has turned unstable, as the coalition on which it depends for its majority came into doubt. Even if the government survives, its margin in parliament will be reduced and it will be weakened. The US has been slow to deliver the various kinds of quite substantial civilian economic aid it has promised, and aid delivery should be expedited and targeted toward areas that would shore up the government (e.g. Swat Valley).

2. Turkey, a NATO ally, is emerging as a major player in the Middle East. Foreign Minister Ahmet Davutoglu’s doctrine of peaceful relations with neighbors, however, has set Turkey at odds with the US in some respects. Turkey is seeking a freed trade zone with Jordan and Syria, adding to the one already established with Lebanon, and Ankara’s rapprochement with Damascus makes Washington uncomfortable. Likewise, Turkey opposes increased sanctions on Iran, and, indeed, is seeking to much expand its trade with Iran. Turkey is far more sympathetic toward the Palestinians, including Hamas, under the Justice and Development Party (which is not Islamist but has some Muslim themes, a rarity in secular-dominated Turkey) than it had been in the past. This sympathy has led the government to demand an apology (not forthcoming) from Israel for killing 9 Turkish citizens in international waters in a botched commando raid on an aid ship headed toward Gaza. The US would be wise to accommodate Turkey’s new initiatives, which are stabilizing for the Middle East, even if Ankara is not always cooperative with particular Washington priorities.

1. Egypt, after decades of being unproblematic for the US, may be on the verge of being a foreign policy challenge of some magnitude. President Hosni Mubarak is advanced in age and could pass from the scene soon. He is grooming his son, Jamal, to be his successor, but the wikileaks cables suggest that the powerful Egyptian military intelligence chief is not happy with this idea of dynastic succession. On the other hand, US cables also suggest that the Egyptian military is declining in power and modernity. Although the government successfully repressed its radicals during the past two decades, they are back in the streets again, as with today’s car-bombing of a Christian church in Alexandria, which killed 21. More serious challenges come from the Muslim Brotherhood,, which could do well in an election that was not rigged against them. Likewise, Egypt’s labor and middle class movements have shown themselves capable of mounting significant campaigns in recent years, deploying new communications tools such as facebook. A more democratic Egypt, like a more democratic Turkey, may not be willing to be complicit with Israeli oppression of the Palestinians. Obama should not take Egypt for granted, but rather should have some subtle and culturally informed contingency plans if its politics abruptly opens up. Above all, the US must not stand in the way of democratization, even if that means greater Muslim fundamentalist influence in the state.