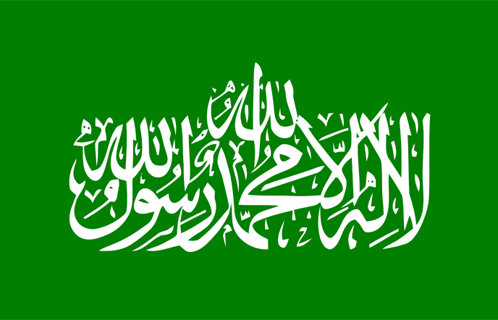 The process of naturalization is now underway in the region Davutoglu refused to describe as the Middle East (arguing that the term is “orientalist”, and preferring to call the region “West Asia and the south Mediterranean”).

Davutoglu is one of the most articulate and passionate Turkish politicians of the Justice and Development Party (AKP). Along with Recep Tayyip Erdogan and Abdullah Gul, he has labored to naturalize the flow of history in Turkey, sidelining an incessantly intrusive military, and forging links between regions, cultures and competing political thoughts. While the mission was and remains arduous, it has successfully led to the emergence of a unique Turkish political thought – proud of its roots, yet receptive to progress and modernity.

When Hamas was elected as the majority party at the Palestinian Legislative Council in 2006, the group was inspired by the objectives that propelled the AKP. Ahmed Yusuf, a top Hamas official in Gaza, has even been writing a book entitled, “Erdogan and a New Strategic Vision”

“Erdogan’s model is liberal. It is a model that dares to take responsibility and change things and establishes good relations between the religious and secular elements of society,” Yusuf said, according to Turkey’s Hurriyet (June 10, 2010). “It is a model that works for democracy and human rights, and supports an open society. That is what we want.”

In fact, this is precisely what most ordinary Palestinians want for themselves. It’s also the same desire that inspired several Arab revolutions. The same goals were ferociously defended and largely achieved in Tahrir Square in Cairo. Palestinians also wish to see their society free of narrow factional interests and limited political agendas.

Despite every attempt, whether through siege, wars or protracted bombardments, radicalization has not taken a hold in Palestinian political thought. Of course, there is much anger and a continued desire for justice, but political rhetoric in Gaza (and by other Hamas leaders in Diaspora) seems largely prudent and increasingly universal in its values and outreach.

Exiled senior Hamas leader, Khaled Meshal, commenting on the Egyptian revolution, claimed: “Today we are witnessing Cairo returning to its natural state, after it disappeared from that state for a long time. The people in Egypt and Tunisia have given us back our lives.” (Khartoum, March 6)

The massive revolutionary undertaking by Arab peoples is allowing the Arabs to determine their own fate, to chart their own course for a better future, and on their own terms. Davutoglu has advised that this undertaking also comes with challenges; if Arabs fail to overcome these, they will “lose the momentum of history”.

Palestinians don’t need a regime change, per se, as in other Arab polities, for they are under siege and military occupation, and have no true political sovereignty on the ground. They need a roadmap, a new vision that is inspired by the rights and aspirations of Palestinian people everywhere, but also free from the conventional wisdoms that were either enforced by Oslo – which fragmented Palestinian society – or by those who offered alternatives based mainly on ideological, factional or religious rationale.

What is happening in Palestine is anti-history. It cannot be sustained for long without exacting an even heavier price from Palestinian people and their internationally recognized rights. The very credibility of any Palestinian leadership, of course, has now been greatly eroded.

Hamas, since its official inception in 1987 –and even prior to that, when the Islamic movement was dedicated mainly to charity work and institution building –  has proved capable of changing and growing. Its growth has not been based on the diktats of Israel or any outside power, but rather its own motivations. It is now a political body that has managed to evade numerous Israeli bombs and attempts at undermining it as a legitimate group. It is regarded highly among many segments of Palestinian society, and international public opinion is also now shifting in a similar direction. For example, “45% of Europeans believe Hamas should be included in the Peace Process (and) only 25% believe it should be excluded,” according to an ICM European poll conducted in January 2011.

This time of people marching for change, freedom and democracy in the region should provide the perfect opportunity for Palestinians to break away from political exclusivity and the localization of their struggle for freedom. Hamas should now re-think its charter of 1988, which was once an almost impulsive rally cry, and which will always be used in the interests of those seeking to discount Hamas’ credibility. The language of the charter might have served a purpose in the past, but it fails to live up to the of the expectations of a people who wish for unity and to see past the confines of Oslo, its ‘peace process’ and its wealth-amassing elites. Post-Oslo Palestinian leaderships require new language, new ideas, new approaches, and most certainly a brand new vision and strategy.

There must be a break with the past. All hurdles need to be removed in order for the natural flow of history to resume. This is the most opportune time for Hamas to revisit and amend its charter, and to resume the process of change and self-correction which it began many years ago. The political landscape in Palestine will certainly experience serious changes in coming months and years. Genuine Palestinian leaderships must anticipate and accommodate a new era. It is what the people want, and what history repeatedly shows.