Palestinian Hope – Voices for a Lost Cause? 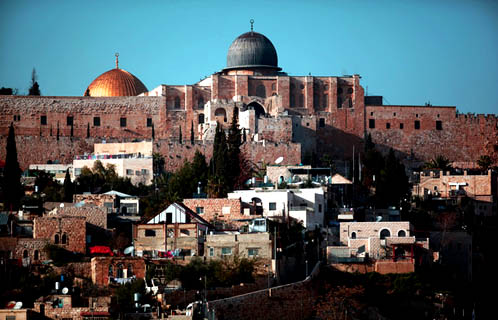 Here are two views on Israel and Palestine – on from the mainstream media, and one closer to home. The first is from Andrew Sullivan, pioneering blogger and columnist for the UK Sunday Times. Here is an extract from his piece in this Sunday’s edition of the newspaper, which provides the political context for Barack Obama’s position on Palestinian statehood:

“Increasingly fundamentalist and dominated by the settler lobby and new immigrants from former Soviet lands, today’s Israel is no longer the secular leftie democracy it started as. The experience of withdrawing from Lebanon and Gaza only to be greeted with rockets has shifted Israeli opinion to a more intransigent position.

The foreign minister, Avigdor Lieberman, would be regarded as a neo-fascist in any other western country. And any compromise on the settlements would trigger the government’s fall.

The prospects for a two-state solution have been scuttled by American politics, too. Jewish Democratic donors and voters had threatened to bolt if Obama kept the pressure up on Israel. Most of these Democrats support Obama’s position on a two-state solution but still regard any sort of leaning on the Jewish state as anti-semitic. Their acquiescence to the colonisation of the West Bank is one more sign that ethnic politics trumps principle in much of US politics. (Think of how the Cuban-American lobby has made a farce out of US-Cuba relations or how Irish-Americans perpetuated conflict in Northern Ireland.)

A recent by-election in New York was dominated by orthodox Jews who voted Republican in part to protest about any daylight between America and Israel’s government. And Congress itself — which controls such matters as aid — is in lock step behind the Israeli government. At this year’s conference of the American Israel Public Affairs Committee, a full 67 senators and 286 House members attended. That’s a veto-proof majority in Congress for anything Israel wants. This summer around a third of all congressmen took their sole foreign trip to Israel. No president can swim against that tide.

But, equally, the Israel lobby is increasingly marginal to America’s relationship with the Jewish state. It has money and clout among the Democrats, but it has relatively few voters. What is vital is the Christian right’s new embrace of Israel as part of a global Judaeo-Christian alliance against Islam. Sarah Palin and Mike Huckabee have both openly supported more aggressive settlement of the West Bank — because they believe an influx of Jews to the Holy Land is a precursor to the “end times” that no Christian should prevent.”

The scariest aspect of today’s US politics is the extent to which the current administration – and seemingly any thereafter – is in thrall to what Sullivan elsewhere in the article refers to as the domestic pincer movement between the AIPAC and the religious right. That such a large and influential section of the US population believes that the “end of days” is nigh is equally scary.

He also makes the point that the Israel of the first thirty years of its existance is very different to today’s state. Israel’s politicians and public relations machine successfully portrayed to the West an image of an embattled nation that was “just like us” – sharing our values and aspirations for the future. Today’s Israel, for all the smooth talking from Netanyahu and his associates in trying to persuade us otherwise, seems to me to be more alienated from the liberal democratic values of the West than ever before. Ironically, it is the yearning for human rights expressed during the Arab Spring that strikes the deeper chord among many of Israel’s traditional allies in the West.

Leaving aside high politics and apocalyptic lemmings, the second view comes from my sister, who is a physician in general practice in Bristol. She has just returned from Palestine with a group that wanted to see for themselves what was happening on the ground. She was sufficiently shocked by what she saw to write this letter to David Cameron, the UK Prime Minister. It speaks for itself.

I urge you to support Palestine’s application for statehood at the UN this week.

I returned yesterday from the West Bank after a ten day visit, hence the late submission of this letter. I was deeply shocked at the nature of the military occupation. It is wholly unacceptable that Israel should have been allowed to use the “peace process” and the Oslo Accords in order to tighten its grip on the West Bank,  its resources and its people. The settlements of the West Bank are contrary to the Geneva Convention and international law, and have increased over the past few years so that there are now 400,000 thousand settlers illegally placed.   Israel proceeds with impunity, and has even been rewarded with favourable trade agreements.

The release of the accounts of negotiations between the PA and Israel have merely confirmed the obvious: that Israel has no intention of allowing the Palestinians a viable state. My own observations and discussions with Israelis and Palestinians have led me to conclude that Israel is merely working to continue the status quo: the  gradual “ethnic cleansing” of the West Bank by means of economic suppression; theft of land and resources, and planning restrictions designed to keep Palestinians in a subservient and powerless state. To this end Israel has left the Palestinans to the mercy of armed settlers and the army, both of which harass and even attack the Palestinans with complete impunity. In removing almost all recourse to legal protection for Palestinians, Israel has created nothing less than a state of terror.

I visited the village of Wadi Foquin where I understand you made a visit some years ago. As you may remember, Wadi Foquin lost 80 percent of its original land when Israel was established in 1948. Later, the creation of the Israeli settlement of Betar Illit consumed about 175 acres of village land.  The village is now threatened with a settler road that will reduce further its land and cause a real danger that their small school will be closed down to make way for this road.  The occupation affects real lives and I was saddened by the intolerable fear and pressure this community faces, and moved by the dignity and commitment to non-violent peacemaking expressed by community leaders there.  As a general practitioner here in Bristol, I was shocked by the deprivation and psychological stress the villagers face on a day to day basis.

President Obama stated today that it is up to the Israelis and the Palestinians to resolve this situation. But this is not a conflict between two equal sides as it is so often presented, not least by HMG. This military occupation has lasted for over 64 years and is an affront to humanity and civilised values. It is high time that the international community took some responsibility for the disgraceful situation which has been allowed to develop, and worked to end the occupation. Recognition of a Palestinian state will not change facts on the ground, but it would send a message to Israel that Britain considers that Palestinians too have rights.

The US has made its position plain.  I believe this position depends more on President Obama’s hopes for a second term than on any sense of morality or justice. Britain should not follow suit.

I look forward to your response.”

To date she has not heard back from the PM, and I have no doubt that if and when she does, his response, prepared by an underling, will comprise the usual platitudinous blather reserved for members of the public who voice their opinion on such complex matters.

What she doesn’t refer to in the letter – but did mention to me when we met this weekend – is the rapid depletion of the Christian community in Palestine over the past twenty years. A sad echo of a phenomenon common to the Middle East over the last century that shows no sign of abating in this one.

All depressing stuff. Yet hope springs eternal, and I remain convinced that the Palestine’s statehood initiative, whether successful or not, will sooner or later pay dividends for its benighted people.

As for the end of days, I’ll take my chance with all the other sinners.

5 Responses to Palestinian Hope – Voices for a Lost Cause?