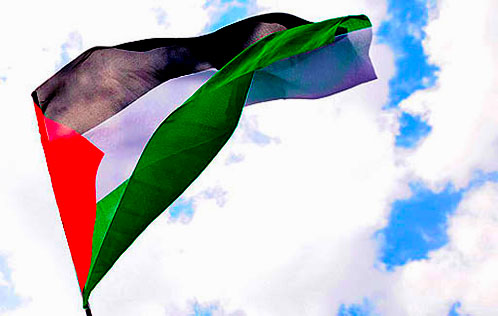 A shift in perspective is emerging in the US regarding Israel, illustrated by Salon’s recent article, The Media Consensus on Israel is Collapsing . Palestinians need to seize on the opportunity, initiating and developing a way forward outside the current, limiting US- Israeli policy and political framework.

The Palestinian leadership must begin articulating a new set of policies based on realities of the 21st century. These should build in and include awareness of the social and political cost, and ultimate futility, of a strategy of military building, and a priority on developing human and institutional capacity that until now has been constrained and limited by Israeli occupation.

To this end, Palestinians should embrace the concept of neutrality as defined by the Hague convention. This would invalidate Israel’s security claims that keep the country under occupation, helping secure an independent Palestinian State along the 1967 borders.

The movement towards Palestinian neutrality should be cemented by pledges from the international community to fully protect the fledgling state, securing concrete and internationally binding guarantees that protect Palestinians from Israel; and a facilitation of Palestinian independence, economic growth, stability and security.

Neutrality would allow Palestinians to focus all their energies and resources on social development and nation building and to begin to address the many critical needs of the Palestinian people. Such an initiative would allow Palestine to begin charting its own future, addressing its economic needs and allow it to play an important role in the emerging democratic Middle East.

Palestine has case studies that would help it: Austria, Finland, Ireland, Japan, Malta, Sweden and Switzerland all provide successful examples where small countries, some of which have had a similarly tumultuous history, have established and sustained tremendous economic growth, political independence and stability, while and by maintaining neutrality.

These countries play an important role internationally; are members of the UN and countless of other international organizations and regional treaties; they maintain strong economic world presence; all are ranked top world countries in per capita income; and all have strong commitment to meeting the social needs of their citizens. In addition they are strong democracies; socially responsible with exceptional educational and health systems; have a high degree of international political capital and integrity; are of considerable affluence; and have developed strong sense of community, cohesion and national identity.

The last century offers many examples of countries struggling under the weight of costly and continuously expanding military budgets, committing precious resources for the purchase or development of expensive military hardware, while poorly paying their considerably large military personnel.

These countries divert taxpayer money away from critical social needs such as housing, infrastructure, education and health in pursuit of an endless costly race for regional military dominance or parity with neighbors. Most are culpable for infusing and promoting an aggressive culture of national superiority where military contracts are driven by interest groups often strongly associated with corruption.

As Palestine embarks on realizing an independent Palestine, it is important they chart a future aware of the many mistakes of nearby countries that strongly rely on military power and avoid exacting a similar heavy social and moral cost.

A stone throwaway from the West Bank, East Jerusalem and Gaza provides one of the best examples of why to avoid a society that is built on a military dominance.

Israel’s obsession with military might infects and pollutes every aspect of its social fabric, eroding its democratic values and exacting a heavy human price on every Palestinian living under its force and weight; as well as Israelis who since 1948 have been hostage to its aggressive military culture.

Israel today is one of the largest exporters of military hardware, it is a nuclear power and is ranked in the top ten military countries in the world. If Palestinians rely on military power to manage Israel’s insatiable military appetite they are in for a long, unproductive and costly race.

Palestinians should bypass this and embrace a 21st Century of nation building. Neutrality should ensure Palestinians are fully engaged in building their national and institutional capacity; maximizing future opportunities of their population.

The new 21st Century power paradigm is less reliant on military power and heavily dependent on building a network of regional and global relationships; good governance; strong economic productivity and institutions; and a vibrant technology sector. Palestinians  must discard the politics of the past century and embrace policies based on regional and global interdependence built on mutual trust, collaborative, and cooperative international relations.

Palestinians today are at a crossroads where they can secure their independence from the stifling Israeli occupation and Israel’s interest in maintaining political, military, and economic dominance of the West Bank, East Jerusalem, and Gaza by embracing practical political proposals that are outside the Israel-US stifling political box. But first they must wrestle this issue from the clasps of Israel and its US supporters in Congress and the White House.

Proposing neutrality based on their own historical experience will help them protect their independence, address their future social needs, and build a thriving economically independent Palestine fit to lead in the 21st Century.