Opening of Rafah Crossing to Usher in New Dawn 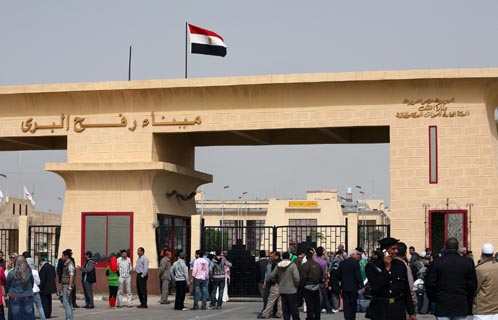 In a Washington Times letter to the editor published on January 14, 2009. I argued that Egypt should open the Rafah crossing to allow food and medicine to “help release the political pressure on Hamas and Israel” and suggested the Israeli and the US policy of maintaining the Rafah blockade and policy of isolation is a clear violation of international law.

Since 2007, Israel imposed strict control of all entries and exits to Gaza. It has refused to allow even the most essential products, such as salt that pregnant women need for their fetuses’ brain development, pasta that was even noted by Secretary Clinton, coloring books for children, medicine, cement and construction products, and other products that Israel argued were necessary to isolate Hamas and stop the smuggling of weapons into Gaza.

On April 29th Egypt’s interim Foreign Minister, Nabil al-Arabi, announced the Rafah crossing will be permanently opened. Arabi described the support of former Mubarak government for the blockade as disgraceful.

Egypt’s announcement marks a significant shift has alarmed Israel and Washington. But it should not. Egypt’s ruling military council has reaffirmed its commitment to the 1979 Israeli-Egypt peace treaty shortly after it assumed power. Soon after, the Egyptian Foreign Ministry also issued several declarations affirming Egyptian commitment to the Israeli- Egypt peace treaty.

It is time to discard the old paradigm of distrust and fear and recognize the futility of past policies that produced death and violence on both Palestinians and Israeli. Instead, we need to embrace the new changes. The Rafah crossing is the only regional and international entry and exit point into and out of Gaza; its closure has had a devastating impact on the people of Gaza who have lived imprisoned by the blockade that encircled the entire Strip, exasperating and frustrating its residents fueling anger and hostility towards Israel.

Allowing the Rafah crossing to be operational in a manner that would guarantee uninterrupted access of products and peoples between Egypt and Gaza will undoubtedly end the absolute and confounding isolation of the Gazans and the need of smuggling through the tunnels.

Gazans will be able purchase goods legitimately; it will allow students to travel to their colleges abroad; hospitals to purchase medicine; homes and schools to be rebuilt. In the long run the opening of the Rafah crossing will temper anger on both sides of the conflict, bring Hamas to recognize the futility of use of violence and Israelis the prospect of a better and achievable security and peace.