Iran’s Next Move after Bahrain “Invasion” 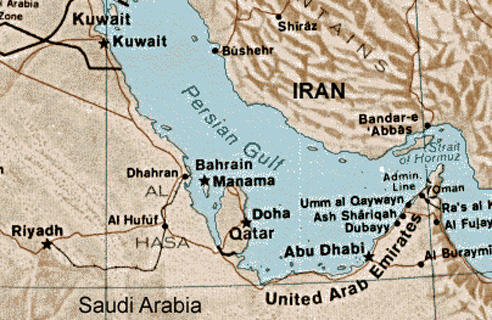 Iran to respond to regional invaders

…was the title of an article on Iran’s Press TV.

The first line of the article is a quote from Hossein Naqavi, a member of Iran’s Majlis Committee on National Security and Foreign Policy:

The Saudi’s should know for a fact that Tehran will use all the power and potentials at its disposal to halt the oppression of the people of Bahrain.

Does any of this really need much analysis?

The only caveat to this that I’d make is that Iran is usually 95% bluster and barking (“all trousers” as we say) and 5% bite. These bellicose statements were guaranteed to come from Tehran. Actually how much truth there is to them is most certainly a different question.

Without wishing to state the obvious, the longer Saudi troops are in Bahrain, the greater the risk of Iran’s meddling. Not only will the opportunity of funding some group to take pot-shots at Saudi troops grow exponentially by the day, but Iran just sitting back as its local hegemonic rival stamps its authority on a patch of the Gulf to which Iran feels…umm…attached, would be seen as a sign of Iranian weakness and thus unacceptable.

Watch this space for the first signs of some Iranian money slithering its way towards Haq or some other Shia group.