Iran and the US have growing technical agreement over the nuclear dispute, which will only become useful if the political leaders on both sides want to make a deal. 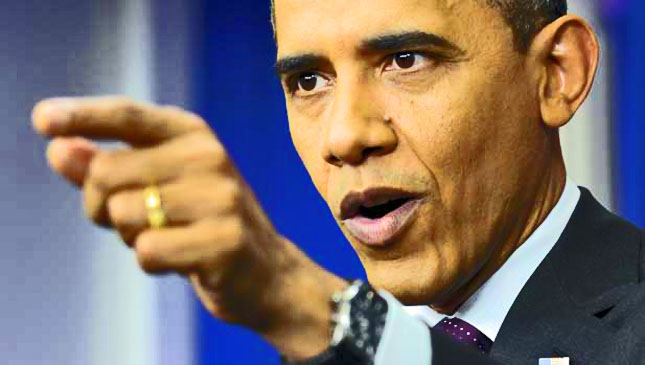 On Tuesday, US President Barack Obama sent his annual Nowruz good wishes to the people of Iran with an uplifting quote from Iran’s national poet Hafez, who wrote:

Plant the tree of friendship that bears the fruit of fulfilment;
Uproot the sapling of enmity that bears endless suffering.

Obama may have noticed that the ‘tree of friendship’ was looking more firmly planted after the tortuous formal negotiations between Iran and the P5+1 (Britain, China, France, Russia and the US plus Germany) finished, with some oddly bland statements emerging from Iran and the EU from a meeting this week in Istanbul.

A spokesman for Iran’s Supreme National Security Council said that experts from Iran and the P5+1 had reviewed various aspects of proposals presented by both sides during meetings in Moscow in June 2012, and Almaty in February 2013.

A spokesman for European Union (EU) foreign policy chief, Catherine Ashton, said: “The meeting provided an opportunity for P5+1 and Iranian experts to explore each other’s positions on a number of technical subjects”.

What was encouraging about these bizarrely neutral comments was that the two sides did not leave the meeting insulting each other, as they had done in the recent past, because the technical talks had been more constructive than before rather than becoming political slanging matches.

This new sense of momentum was expressed after a February meeting between the P5+1 and Iran when Iran’s Foreign Minister, Ali Akbar Salehi, told an Austrian TV station that the talks were a “milestone” and a “turning point in the negotiations” and Iran’s chief negotiator Saeed Jalili added that the talks had had led to proximity between the West and Iran.

Clearly, Iran thinks something is going on and it is possible the Iranians are prepared to make progress. This maybe due to sanctions having an effect or domestic Iranian politics seeking a resolution, which might go forward at the next round of political talks in Almaty on April 5-6.

The outlines of a deal have been clear for some time. The US needs to relax the sanctions regime and also recognise that Iran has a right to enrich uranium (for peaceful purposes), and Iran has to offer the international community transparent access to its nuclear sites to disprove the allegations that it has a weapons progamme.

The Americans want any reconciliation to happen in two stages, with the deal on the nuclear programme coming first, before a more wide-ranging agreement which might include topics like trade, normalisation of relations and joint interests in Afghanistan, and fighting international crime and drugs trade. Iran would like both agreements to happen at one go.

No deal in sight

The immediate problem is that politicians on either side do not want a deal. Obama is using the stand-off with Iran as proof that he can be tough when he needs to be and he knows that he would win no extra votes in Washington for making peace with the Ayatollahs. Iran has enjoyed the political results of the controversy which has allowed it to portray itself as one of the world’s leading Third World challengers of the US.

Political management of the nuclear issue in Iran lies with the Supreme Leader, Ayatollah Ali Khamenei. If he is to find the win-win that Obama needs to make a deal, he needs to be reassured that the US is interested in a process of give and take. He needs to be sure that the talks are not a trap intended to reignite the international consensus for the further squeezing of Iran, which the Obama Administration is finding hard to sustain due to the refusal of the Russians and Chinese to support them at the UN.

Leading Iran analyst Farideh Farhi says that the major sticking point is that Iran believes that the US is only interested in extracting concessions from Iran while serving its own interests, without paying any attention to Iran’s legitimate needs and interests.

Experiences such as Iran’s engagement with the US over Afghanistan in 2001 and the three rounds of talks over Iraq in 2006-07, have given Iran the firm impression that there is no equivalency between what the US demands and what it is willing to offer. In Iraq, for instance, the US wanted Iran’s help for the resolution of everyday security challenges that the US was facing without acknowledging that Iran also has interests in shaping the political direction of Iraq.

Iran and the US are still far from finding a common language as Washington is still focused on the resolution of immediate issues like the nuclear programme or getting Iran’s help in Afghanistan; while Tehran is focused on longer-term strategic issues and the consolidation of its role in the region.

Meanwhile, Obama is off making friends with Iran’s arch enemy in the region — Israeli Prime Minister Benjamin Netanyahu. Hafez’s ‘sapling of enmity’ looks firmly rooted, despite all the technical progress being made in the back rooms.