With all the hooplah about a possible Israeli attack on Iran (which I view as rather unlikely), it is worthwhile revisiting the issue of how weak and how much of a nothing the Iranian military is compared to powerhouse Israel. Statistics mostly 2011 from Global Firepower. Note that some comparisons are invidious, as with Israeli reservists, who are quite professional and Iranian reservists, who typically are not. Or, comparing Israeli fighter jets and other aircraft to old broken down Iranian ones is silly. If Israel’s and Iran’s air forces were close enough to tangle (they are not), Iran’s wouldn’t last a day. 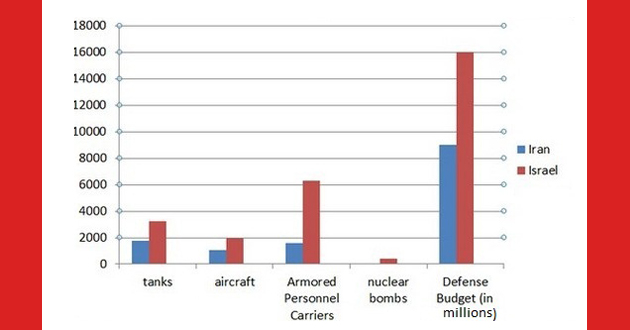 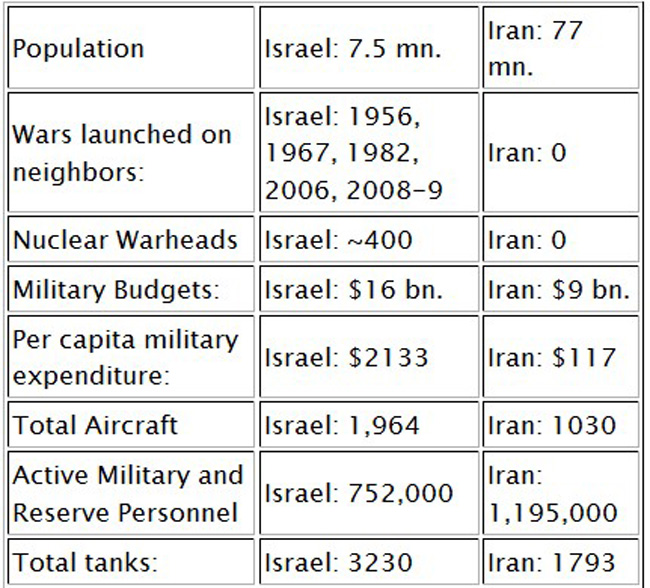