Is Any Iranian Deal Destined to Fail? 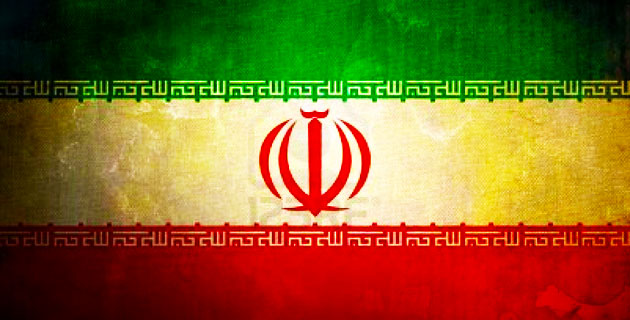 Iran’s new President Hassan Rouhani has been clear that he wants to make a fresh start and work with the West to find a way to end the nuclear stand-off, but it is not at all clear that the Obama administration sees any advantage in finding an end to the long-running dispute, and even if it does take the risk of offering a deal to the Iranians, the administration may not be able to get the required legislation though Congress.

The Iranians have been demonised so much in Washington that it will be hard for Obama to win any political credit for making a deal.

There will be very few extra votes in the United States for the president who brings what most politicians in Washington regard as the ‘crazies’ back into the international fold. The upside for the American voter is very limited, while the downside is huge in the event of some kind of double dealing or betrayal of a deal.

Rouhani’s new and pragmatic approach will give Obama another test, as it will force the administration to be clear about whether its real goal is a nuclear settlement (after which Washington should welcome good relations with the theocrats of Iran), or is it really trying to trigger some kind of regime change to end the current regime.

But more glaringly, the Iranians know that the nuts and bolts of a deal have been clear for some time, but they think that there has been no American interest in picking them up and overcoming the deep mistrust that exists on both sides. The deal is straightforward: The Iranians need to prove that they do not have any interest in nuclear weapons, and the Americans need to agree that the Iranians have a right to develop peaceful nuclear technology, mainly for generating power. In theory, both sides have agreed to both these positions. The point of difficulty is achieving the necessary transparency and proof.

This hardening of positions was summed up on the International Crisis Group’s (ICG) new paper ‘Great Expectations’, which argued that in the past few years “trust has diminished, the nuclear programme has substantially advanced, and sanctions have proliferated. Western doubts about Rouhani’s ability to deliver are matched by Tehran’s scepticism that Washington, in particular, can accept a modus vivendi with the Islamic Republic, or that President Obama has the political muscle to lift sanctions”.

The ICG is not optimistic about the political atmosphere around any resumption of talks, and warns that although Rouhani’s experience as lead negotiator in the earlier nuclear talks is an asset, his past success is authoring the only nuclear agreement between Iran and the West gave him serious domestic problems, which will make him risk averse today as he tries to find a way to deal with Obama who will almost certainly be unwilling to offer a major give-away to assuage Iran’s domestic audience.

A potential breakthrough might be for Rouhani to focus on offering more transparency. The ICG paper sums it up by saying “at a time when the US and EU are intent on limiting the extent of Iran’s uranium enrichment programme, Rouhani could be more inclined to offer concessions regarding that programme’s transparency than its scope”.

But Rouhani’s victory has not changed the basic Iranian positions. Supreme leader Ayatollah Ali Khamenei retains the final say over the whole issue; and friction between him and the new president is almost inevitable; but they both agree that Iran’s bottom line is that it insists on the right to enrich its own uranium.

The new president will want to deliver more than just a nuclear deal, and will be looking to restart the economy. The cabinet of technocrats he has assembled is designed to offer the required skills in government and management, rather than focusing on Islamic orthodoxy. So he will want to end the international sanctions which gives the Americans a useful starting point if they want to kick start talks with a goodwill gesture.

Such a gesture from the Americans will be needed to overcome the doubts that were summarised on March 21 by the supreme leader when he said that the US had no desire to resolve the nuclear stand-off even though the solution would be “very easy” if the West simply recognised Iran’s right to uranium enrichment for peaceful purposes. Obama’s challenge in agreeing to that proposition is not in Tehran, but is over convincing Congress that whatever deal he comes up with will work, and that Congress should trust the Iranians to stick to it. Even with the help of the much-derided International Atomic Energy Agency, that will be a tough sell.